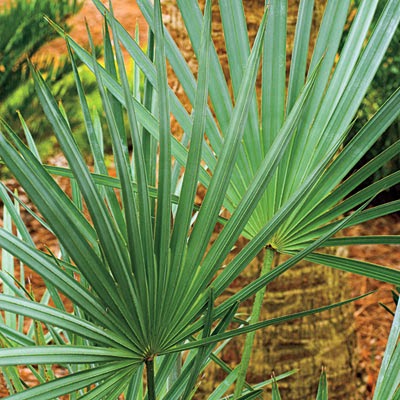 articlemostwanted - Native to the southeastern United States, saw palmetto is a low-growing palm with distinctive fan-shaped leaves. Vast, unbroken tracts of saw palmetto once covered hundreds of miles of coastal land in Florida, Georgia, and other parts of this region. The density of the plants, coupled with the sawlike edges of the leaf stalks, made the tracts almost impassable. The dark purple fruits of saw palmetto—about the size and shape of olives—were an indispensable dietary staple among Native American tribes for perhaps as much as 12,000 years before Europeans set foot in this part of North America. When settlers arrived, they added saw palmetto to their diet and fed the fruits to their livestock. They also observed native tribes using saw palmetto, particularly as a remedy for urinary tract complaints. By the late 1800s, the plant had found its way into conventional medicine in the U.S. Interest in saw palmetto waned for a time, but since the 1990s it has been the herb of choice among herbal practitioners for prostate problems.

Benign prostatic hyperplasia (BPH)
Saw palmetto’s blue-black, single-seeded berries are used to make the premier herbal medicine for treating prostate problems. Extracts of the berries act to inhibit an enzyme, 5-alpha-reductase, that stops the formation of a potent, prostate growth–enhancing form of testosterone. Saw palmetto also may have effects on estrogen, progesterone, and testosterone and their receptors, which are other mechanisms for slowing the growth of the prostate. All of these effects translate into easing the symptoms of BPH by enhancing urinary flow rates, reducing pain with urination, and decreasing nighttime urination. In most clinical studies, saw palmetto, used as a standardized extract of 320 mg daily, relieves BPH symptoms as effectively as the pharmaceutical finasteride; however, finasteride more effectively decreases the size of the prostate. Whereas finasteride decreases testosterone levels in the blood, saw palmetto does not seem to affect blood test results for testosterone, other sex hormones, or prostate-specific antigen (PSA, a marker for prostate cancer and BPH).
Much research has been done on saw palmetto, and the research has undergone rigorous analysis in which researchers compiled results from many studies. The results have been mixed, probably due to flaws in research models, a range in the type of extracts used, and the length of time supplements were taken.

Saw palmetto can cause mild stomach upset, constipation, diarrhea, headache, high blood pressure, and itching. Rarely, saw palmetto can cause impotence or decreased sex drive. Due to its possible hormonal effects, saw palmetto is not recommended for people on hormone therapy or for pregnant women. However, women are unlikely to take this herb anyway.
Posted by Tukang Warta
Share to: