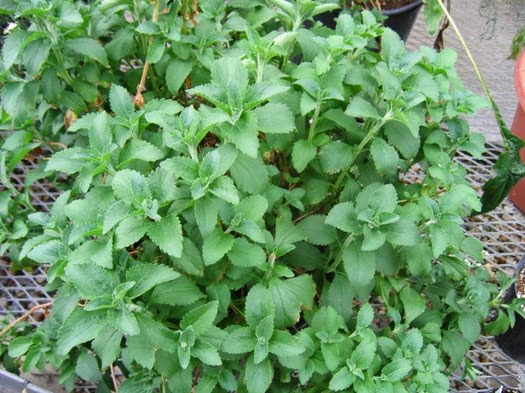 articlemostwanted - Commonly known as sugar leaf, honey leaf, or sweet leaf of Paraguay, stevia is a small South American shrub whose narrow leaves are nearly 50 times as sweet as ordinary table sugar. The Guarani Indians of Paraguay called the herb ka’a he’ê, meaning “sweet herb.” The Guarani used stevia leaves to sweeten bitter yerba maté and other beverages and to improve the taste of herbal medicines. They also employed the herb medicinally as a tonic for the heart, to help lower blood pressure, to relieve heartburn and kidney ailments, and to dull cravings for sweets.

Spanish explorers noted how indigenous tribes used stevia, and by the 1800s, European settlers in Paraguay, Brazil, and Argentina were also consuming the herb, primarily as a sweetener for tea. In 1899 Swiss botanist Moisés Bertoni, then director of an agriculture college in Asunción, Paraguay, published the first description of the plant. He named it S. rebaudiana to honor Paraguayan chemist Ovidio Rebaudi, who conducted the first analysis of stevia’s chemical components. The genus name, Stevia, honors Peter James Esteve, a 16th-century Spanish professor of botany. Stevia is still called estévia in most Spanish-speaking countries.

Diabetes
Insulin resistance (prediabetes)
High blood pressure
Stevia could have a brilliant future. A powerful sweetener with no calories, stevia could be a dietary phenomenon, especially for people watching calories and carbs. If this noncaloric sweetener should take the place of high-glycemic white sugar, the quality of carbohydrates in the diet would improve—with benefits for teeth, blood sugar, and digestion. Further, stevia may directly affect the hormones and mechanisms involved with elevated blood sugar in diabetics, thus helping to lower sugar levels and to protect against the effects of high sugar levels.
Most of the benefits of stevia come from a compound called stevioside, which occurs primarily in the leaves, accounting for 4 to 20 percent of the weight of the dry leaves. A compound similar in structure to stevioside and thought to have some physiological effects is rebaudioside A. Some animal studies show that stevia does not affect glucose absorption, though it may promote insulin release from the pancreas, increase sensitivity to insulin throughout the body, and slow glucose production in the liver. In humans, one study involved 12 people with type 2 diabetes. Researchers examined the use of 1 g of an extract (consisting of 91 percent stevioside and 4 percent rebaudioside A) or placebo with a meal. After the meal, those receiving the stevia extract had a lower glucose level than the placebo group did, possibly as a result of increased insulin secretion (which brings down blood sugar).
The blood pressure–lowering effects of stevioside and rebaudioside A also have been studied, and results have been mixed. Some clinical trials demonstrated a decrease in both systolic and diastolic blood pressure with these compounds, while other trials contradicted these results. This effect needs further study.

Powder: Stevia leaf, in powder form, can simply be used as a sugar substitute in various ways, such as sprinkling as a sweetener on food, in hot beverages, or in most recipes.
Liquid extract: Glycerin extracts are available, often standardized to the primary component of stevia leaf, stevioside. Several drops of these extracts can be added to food as a sweetener.

The safety of the chemical compound stevioside and of whole stevia leaf has been evaluated extensively in laboratory tests looking at possible toxic, genetic, or cancer-causing effects. Both have been determined to be safe when used as a sweetener. Care should be taken when stevia is used in combination with medications that also lower blood sugar. Uncommonly, stevia can cause stomach upset.
Posted by Tukang Warta
Share to: