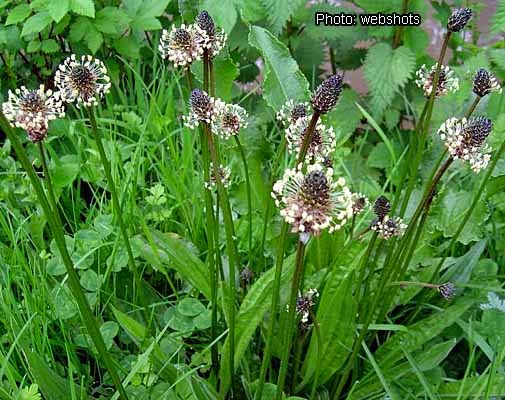 Native to India, Pakistan, Iran, and parts of the Mediterranean, psyllium—also called ispaghula or isphagula—is an annual with narrow, strap-like leaves that grows no more than knee high. Its small, white flowers give way to tiny, glossy seeds that have a slight reddish tint. Psyllium is prolific: Each plant can produce up to 15,000 seeds. The common name for P. ovata in India is isabgol, which comes from the Persian words isap and ghol, meaning “horse ear.” The name aptly describes the peculiar shape of psyllium seeds. The word psyllium comes from the Greek word meaning “flea,” also a reference to the tiny seeds. The husk of psyllium seed contains large amounts of soluble fiber; when wet, it becomes slippery and mucilaginous. Completely indigestible, the husks are used as a source of dietary fiber to relieve constipation and to maintain a healthy digestive tract.

Fiber
Bulk laxative
Heart health
Psyllium seed husks are an excellent source of soluble fiber. Every 100 g of psyllium provides 71 g of soluble fiber. A similar amount of oat bran contains only 5 g of soluble fiber! When psyllium combines with water, it swells up to 10 times its original volume, which explains why it has long been used as the primary ingredient in bulk laxatives such as Metamucil and Serutan. When taken over a period of weeks, psyllium can speed up the time that it takes for food to travel through the digestive tract. Interestingly, psyllium is also effective for the treatment of diarrhea and can be particularly useful for those with irritable bowel syndrome, as they experience periods of constipation interspersed with periods of diarrhea.
Soluble fiber has been associated with lowering both total and low-density lipoprotein (LDL), or bad cholesterol; controlling weight; lowering blood pressure; and improving insulin resistance to reduce the risk of diabetes. The U.S. Food and Drug Administration has formally recognized the role of psyllium in lowering blood cholesterol levels by allowing companies to make health claims about products containing its fiber. Several psyllium-containing cereals such as Kellogg’s Heartwise and All-Bran Bran Buds have appeared in the marketplace and are promoted for their potential cholesterol-lowering and heart health–promoting effects. Due to the overwhelming evidence that high-fiber diets prevent many of the risks associated with heart disease, the National Cholesterol Education Program recommends 5 to 10 g of soluble fiber daily.

Adults: Generally 2 to 3 tablespoons per day, taken in divided doses before breakfast and before dinner. Mix each dose in a tall glass of water, stir well, drink, and follow with another glass of water.
Children (younger than 18 years): Generally from 1 teaspoon to 2 tablespoons, depending upon the age and size of the child.

Psyllium fiber can reduce the absorption of certain drugs, so drugs should be taken either 1 hour before or a few hours after psyllium is taken. Obstruction of the gastrointestinal tract has happened in people taking psyllium fiber, particularly if they had undergone previous bowel surgery or if they took psyllium with inadequate amounts of water. Those who have difficulty swallowing should not take psyllium.
Posted by Tukang Warta
Share to: