GuidePedia
Home cause of the crisis Geo Encyclopedia the list 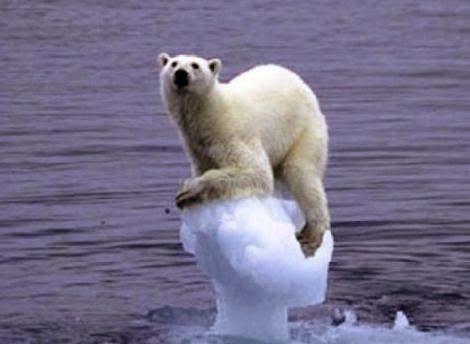 www.articlemostwanted.com - The impact of global warming began to be felt. It's been impossible to avoid. For that, the most likely way to do is to adapt to increasingly severe droughts, floods are becoming more frequent, and the islands that will be lost due to sinking.

Here are some proposed ideas how to adapt:

When the sea level rises, then the solution can be done is to create a building that is able to float on water. Fortunately, the world has had some real examples. As the apartment is floating in the Netherlands and a floating mosque in the United Arab Emirates made by Koen Olthuis of Waterstudio.NL.

One of the most possible ways to avoid the effects of global warming such as exposure to ultraviolet rays is to stay underground. For some technologies that should be developed in order to supply sufficient oxygen or plants can live with no direct sunlight.

For the adaptation of this idea, the world already has a prototype. Bangladesh, which has a lot of ground with a height less than 16 feet (about 5 m) above sea level, began making floating farm and ranch. Material basically just rafts, straw, and water hyacinth were left to rot in order to become fertilizer. After that, the land was ready to float.

With the Earth is getting warmer, it will be a lot of buildings that require air conditioning. Therefore, what is needed is not merely sources of new clean energy (such as solar energy, wind, tidal power or geothermal), but also the ability of power plants to energy supply mix of old school sources (oil, gas or coal ) with new energy. The goal is to keep the energy supply.

The climate is getting warmer, not exactly heat up, it will accelerate the growth of plant pests. One of the most possible solution is to create a vertical garden in skyscraper buildings or even underground. United States, Sweden, the Netherlands, Japan, South Korea, and Singapore began to pioneer it.

6.    Plants which are able to adapt to global warming.

With drought and high temperatures, it is difficult for existing plants to grow. It required to be modified in order to keep the plants growing under conditions of severe drought, flooding, high salinity (due to submerged sea water), and able to adapt to extreme temperature changes. (InnovationNewsDaily)
Posted by Tukang Warta
Share to: