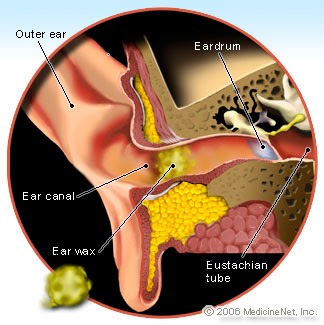 www.articlemostwanted.com - A recent study shows, that there are many health secrets stored in the earwax.
The secret begins to unfold when scientists discovered that human earwax turned out differently, depending on the ethnicity of each.
Scientists from the Monell Chemical Senses Center in Philadelphia collect earwax of 16 men. Half is a male Caucasian, while the other half belongs to the Southeast Asian ethnic.
The study was conducted by examining the organic components (volatile organic compounds or VOCs) are released as the wax is heated.
The discovery of this apparently minor importance for researchers who believe that earwax bring specific attributes of each individual.
For example, the type of earwax is dry or wet it can be associated with a specific gene, which can also be associated with sweat in the armpits. All these components was carrying one gender information, also sexual orientation, and health.
Most recently, the two types of diseases associated with urinary bladder can be diagnosed through earwax. This means that, in the future a blood test or urine is no longer needed.

"The smell of earwax can even tell what you have just eaten by a person or the location where he was recently," said George Preti, an organic chemist at Monell as written by TIME. (Ajeng/tabloidnova.com/intisari)
Posted by Tukang Warta
Share to: