Arc or Ark Symbol - The Sacred One 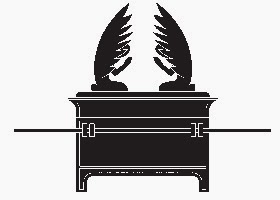 There are two famous arks, Noah’s Ark and the Ark of the Covenant.
Both held extremely valuable objects, and so the ark symbolizes a treasure chest, a secure repository for items of secret or sacred significance. The word comes from the Latin, arca. The Greeks described the same item as a chest.

There are also two Hebrew definitions for the ark. One explains it as a wooden chest, the other as a flat-roofed building twice as long as it was high and wide. The ark could also float, and the same word is used to describe the casket that the baby Moses was found in, floating in the reeds.

In the Bible, the Ark that God commands Noah to build has a very specific set of instructions as to size, measurements, and materials used. The momentous treasure contained in this “box” was a breeding pair of every animal in the world, a genetic repository to safeguard the future of all creatures on Earth after the Deluge had washed everything else away. The Ark was God’s promise of protection to His chosen people. However, as Barbara G. Walker points out in her Woman’s Dictionary of Symbols and Sacred Objects, the scale of the Ark must have been mind-boggling if its purpose as outlined in the Bible were to be taken literally, since it would have had to hold
7,000 species of worms, 80,000 species of molluscs, 30,000 species of crustaceans, 50,000 species of arachnids, 900,000 species of insects, 2,500 species of amphibians, 6,000 species of reptiles, 8,600 species of birds, and 3,500 species of mammals, as well as food for one and all.
The Ark of the Covenant, similarly, had to be made to strictly detailed plans, as was the building that should house it. Shittim wood—the timber from the incorruptible acacia tree—was specified for the basic construction. The Book of Exodus also describes the other materials that had to be used; gold and silver, brass, blue, red, and purple silk, fine linen, goats’ hair, spices, various precious gems, red rams’ skins, and “the skins of badgers.”

Inside the Ark were stored the two Books of the Law, Aaron’s Rod, and a pot of the manna that the Children of Israel lived on during their time in the wilderness.

There is speculation about what actually happened to the Ark when Nebuchadnezzar destroyed the Temple of David in the sixth century BC. However, Jewish faith decrees that the Ark will be restored to its rightful place with the coming of the Messiah.