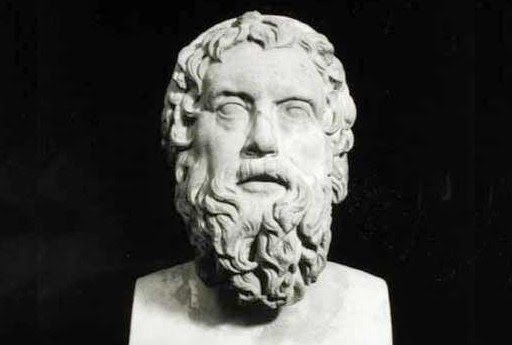 Aristophanes is the greatest representative of ancient Greek comedy, and the one whose works have been preserved in greatest quantity. He is the only extant representative of the Old Comedy, that is, of the phase of comic dramaturgy in which chorus, mime, and burlesque still played a considerable part and which was characterized by bold fantasy, merciless invective and outrageous satire, unabashedly licentious humor, and a marked freedom of political criticism. But Aristophanes belongs to the end of this phase, and, indeed, his last extant play, which has no choric element at all, may well be regarded as the only extant specimen of the short-lived Middle Comedy, which, before the end of the 4th century BCE, was to be superseded in turn by the milder and more realistic social satire of the New Comedy.

Little is known about the life of Aristophanes, and most of the known facts are derived from references in his own plays. He was an Athenian citizen belonging to the deme, or clan, named Pandionis, but his actual birthplace is uncertain. (The fact that he or his father, Philippus, owned property on the island of Aegina may have been the cause of an accusation by his fellow citizens that he was not of Athenian birth.) He began his dramatic career in 427 BCE with a play, the Daitaleis (The Banqueters), which appears, from surviving fragments, to have been a satire on his con-temporaries’ educational and moral theories. He is thought to have written about 40 plays in all.

A large part of his work is concerned with the social, literary, and philosophical life of Athens itself and with themes provoked by the great Peloponnesian War (431–404 BCE). This war was essentially a conflict between imperialist Athens and conservative Sparta, and so was long the dominant issue in Athenian politics. Aristophanes was naturally an opponent of the more or less bellicose states-men who controlled the government of Athens throughout the better part of his maturity. Aristophanes lived to see the revival of Athens after its defeat by Sparta.

Aristophanes’ reputation has stood the test of time. His plays have been frequently produced on the 20th- and 21st-century stage in numerous translations, which manage with varying degrees of success to convey the flavor of Aristophanes’ puns, witticisms, and topical allusions. But it is not easy to say why his comedies still appeal to an audience more than two millennia after they were written. In the matter of plot construction, Aristophanes’ comedies are often loosely put together, are full of inconsequential episodes, and often degenerate at their end into a series of disconnected and boisterous episodes.

Aristophanes’ great-ness lies in the wittiness of his dialogue; his generally good-humored though occasionally malevolent satire; the brilliance of his parody, especially when he mocks the controversial tragedian Euripides; the ingenuity and inventiveness, not to say the laughable absurdity, of his comic scenes born of imaginative fantasy; the peculiar charm of his choric songs, whose freshness can still be conveyed in languages other than Greek; and, at least for audiences of a permissive age, the licentious frankness of many scenes and allusions in his comedies. Among his plays are Wasps (422 BCE), which satirized the litigiousness of the Athenians in the person of a mean and waspish old man who has a passion for serving on juries, and Lysistrata (411 BCE), in which the women of Athens seize the Acropolis and the city’s treasury and declare a sex strike until such time as the men will make peace. Lysistrata achieves a mixture of humor, indecency, gravity, and farce that marks many of Aristophanes’ plays.
Posted by Tukang Warta
Share to: