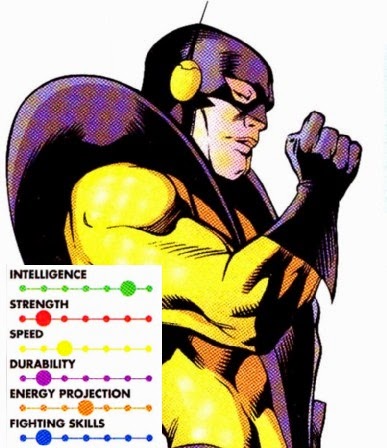 articlemostwanted - Biochemist Hank Pym discovered a rare group of subatomic particles, from which he formulated a size— altering serum. Testing the solution on himself, he found it was far more powerful than he had hypothesized. Reduced unexpectedly to the size of an insect, Hank became trapped in an anthill and narrowly escaped its inhabitants.

Hank then undertook an exhaustive study of ants, devising a cybernetic helmet that enabled him to communicate with insects. Forced to employ his size-changing serum and new invention to prevent the theft of his research, Hank was inspired to embark on a career as the costumed adventurer Ant-Man.

When one of his colleagues was murdered, Hank shared the secret C)f his double life with the man’s daughter, Janet Van Dyne, and empowered her to avenge her father’s death. As the Wasp, Janet helped Ant—Man bring the killer to justice. The duo continued their partnership, and Hank and Janet eventually fell in love, and later married. After Ant-Man and the Wasp helped found the Avengers, Flank developed a second serum that enabled him to grow to greater-than-normal heights and adopted the guise of Giant-Man, and later Goliath. Eventually. Hank learned he and Janet no longer required the formula to use their powers due to years of exposure to the size- altering properties of Pym Particles.

As Hank’s abilities fluctuated between growth and size reduction, he remained an intellectual at heart. But his single—minded pursuit of scientific excellence resulted in the scientist’s greatest failure: the self—aware, artificially intelligent android Ultron. Possessing the capacity for creative thought, Pym’s creation set out to wipe humanity from the face of the Earth, replacing organic life with robotic life. Turning against its creator, Ultron became one of the Avengers’ most formidable adversaries. Years later, it was revealed that Hank had based Ultron’s brain patterns on his own: Ultron is Flank stripped of conscience and morality.

Ultron plagued Hank for years, pushing him to the brink of insanity and beyond. Wracked with guilt and haunted by the actions of his rogue creation, Hank spent years attempting to atone for the lives destroyed by Ultron. His psyche further splintered by a freak laboratory accident, Hank adopted yet another costumed identity that of the swashbuckling Yellowjacket. Ultimately, his intense feelings of remorse over the invention of Ultron and increasing emotional instability destroyed Hank’s marriage to Janet.

After Ultron decimated the Eastern European nation of Slorenia, exterminating every living being in the country, Hank pummeled the robot into submission, finally putting the past to rest. His scarred psyche began to heal, and Hank settled on the identity of Yellowjacket to symbolize his new mental state. He and Janet are once again romantically linked, hut have no immediate plans to remarry. Having achieved equilibrium in his life, Hank now strives to balance his responsibilities as companion, scientist and Avenger.