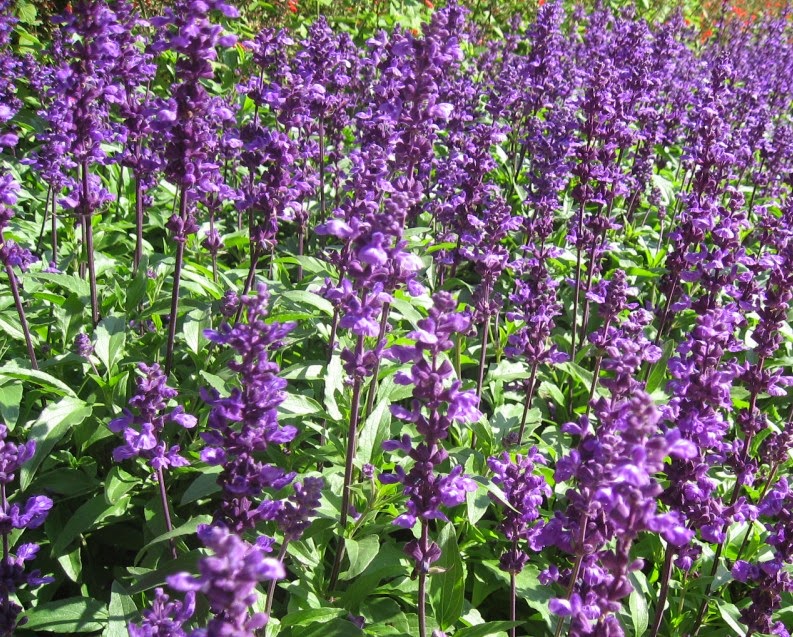 A classic seasoning herb for poultry and many savory dishes, sage is a highly aromatic, shrubby perennial native to the northern Mediterranean coast. The genus name, Salvia, comes from the Latin salvere, meaning “to be saved” or “to be healed.” Sage was sacred to the ancient Greeks and Romans; they believed it imparted wisdom and mental acuity. The Romans gathered the herb in a solemn ceremony that involved using a knife not made of iron, as sage reacts with iron salts. For many centuries, sage also has been linked with good health and long life. Eighteenth-century herbalist John Evelyn took that one step further, writing, “ ’[T]is a Plant endu’d with so many and wonderful Properties, as that the assiduous use of it is said to render Men Immortal.”

Sore throat
Colds and coughs
Memory
Menopause
Excessive sweating
Sage is said to clear the mind and improve memory. In fact, there may be a link between the herb and the mind. Researchers have shown that the essential oil of Salvia officinalis inhibits acetylcholinesterase, an enzyme targeted by Alzheimer’s drugs. Animal studies and trials on humans suggest sage may improve mood and cognition in both healthy adults and those with Alzheimer’s dementia.
Sage tea has long been used as a remedy for sore throats—often in the form of a gargle—as well as a treatment for coughs and colds. Scientists have confirmed that sage is highly effective for relieving sore throat. One clinical trial of 286 people with acute sore throat found that a 15 percent sage spray given over a period of 3 days was superior to a placebo spray for relief of symptoms. In fact, symptom relief occurred within 2 hours of the first treatment. Similar results were found when an echinacea/sage spray was compared with a chlorhexidine/lidocaine spray in 154 patients with acute sore throat.
Based on traditional use and studies in humans, Germany’s health authorities approve the use of sage as a treatment for excessive sweating. Sage may also have weak estrogenic properties, which may explain why it has been used to relieve night sweats associated with menopause. An 8-week study found that 1 gram of fresh sage was superior to placebo for relieving night sweats. Sage is often included in combination with other herbs designed to relieve hot flashes and night sweats, and to improve memory and mood.
Sage has been used to aid digestion, to stimulate digestive enzymes, and to alleviate intestinal cramping—hence its use with beans or other gas-producing foods. Sage exhibits antibacterial activity, which may explain its use for gastroenteritis or for other minor GI tract infections.

Tea: Steep 1 teaspoon chopped sage in 1 cup water for 10 minutes. Strain. Drink or use as a gargle for sore throat.
Capsule: 500 mg sage leaf taken twice a day.
Tincture: Take 2 ml, twice a day, or follow manufacturer’s recommendation. A tincture of 5 ml can be added to 1 cup water and used as a gargle 3 times per day.

The amount of sage consumed as a culinary herb is safe, but avoid larger amounts because of thujones (chemical compounds with specific effects on the brain) present in the essential oil. Do not exceed recommended doses. Alcohol extracts of sage are higher in thujone than those made with water and should not be used internally for more than 1 to 2 weeks; a tincture diluted in water and used as a rinse or gargle is safe. Do not use sage internally during pregnancy.
Posted by Tukang Warta
Share to: