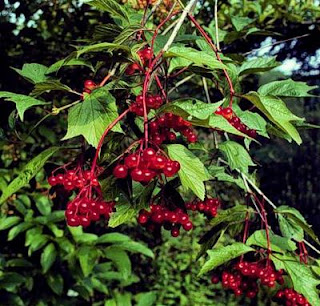 Ruby red and exceedingly tart, the American cranberry is native to the swamps and bogs of northeastern North America. It can still be found growing wild in parts of its native range, which extends from eastern Canada south to the mountains of Georgia and west as far as Minnesota. Most of the cranberries that now find their way into foods and drinks—and grace millions of Thanksgiving tables—are cultivated on large commercial farms. Cranberry shares the genus Vaccinium with a number of other popular berries, including blueberry, huckleberry, and bilberry. The word cranberry is probably derived from crane berry, a term coined by Dutch and German colonists either because the flowers looked to them like the head and neck of a crane or because cranes flocked to cranberry bogs when the fruit was ripe.

Bladder infections (prevention)
The herbal remedy most associated with maintaining a healthy urinary tract is the delicious, native North American cranberry. Originally it was thought that cranberry prevented urinary tract infections by acidifying the urine; however, scientists have shown that compounds known as proanthocyanidins prevent harmful bacteria such as Escherichia coli from adhering to the cells that line the bladder and urethra. This is good news, given that E. coli is responsible for 90 percent of all urinary tract infections.

In 2008, researchers reviewed 7 studies of cranberry juice along with 4 studies of cranberry extract tablets. They concluded that both modes of delivery reduced the risk of a urinary tract infection by 35 percent in people who had a history of frequent infections compared with control groups. This research is significant, especially given the statistic that roughly 25 percent of all women will have a recurrent urinary tract infection in their lifetimes.

While the evidence is very strong for the use of cranberry to prevent urinary tract infections, there is, on the other hand, very little evidence that it is an effective treatment once a urinary tractinfection is contracted. The best treatment for an acute bladder infection is antibiotics. Cranberry juice or tablets can also be a very effective urinary deodorant for those who are incontinent.

Juice: Cranberry juice is an easy and tasty way to prevent urinary tract infections. One well-designed study used 10 ounces per day of Ocean Spray cranberry juice.
Extract: Cranberry extract in tablet form has been shown to be as effective, better tolerated, less expensive, and lower in calories when compared with the juice. The dose of concentrated juice extract is 300 to 500 mg, taken twice a day.

Given the widespread use of cranberry by the general public, it is safe to say that there are virtually no adverse effects associated with its use. Cranberry is safe during pregnancy and lactation, and it is safe for children. Although several case reports have indicated a concern for a potential interaction between cranberry juice and warfarin, used to prevent blood clots, studies in humans have documented no adverse interactions.
Posted by Tukang Warta
Share to: