6 Beautiful Hotels Located in a Cave

0 place, the list, unique 12/09/2014 04:38:00 PM
A+ A-
Print Email
These are the hotels and resorts that are located in caves. Although located inside a cave, all of the hotels looks beautiful and comfortable. 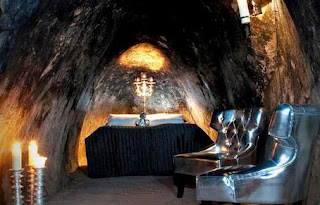 This hotel is located on an area that used to be a silver mine, which is no wonder why this hotel was named Sala Silver Mine. The unique part of this hotel is that it only has one bedroom that is located 154 meters below ground surface. Besides the bedroom, we could find other facilities in the hote; such as a gallery, caves filled with water and an underground lake. Here you will feel warm and comfy. 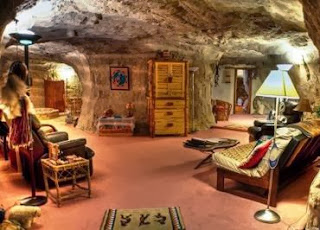 This hotel was built from a stone formation that is 65 million years old. Same as the Sala Silver Mine, Kokopelli’s Cave is also located in New Mexico and only offers one bedroom. Not to worry however, as even though it is located in a cave, inside you will be pampered with waterfalls for showering, Jacuzzi, television and others. 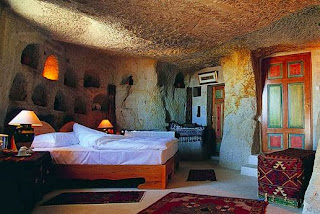 The rooms in this hotel not only looks like a cave but are also full of history. Inside you will find looms, unique grills from the 18th Century and also unique and beautiful decorations from Cappadocia. Even though the hotel has a concept of a historical cave, the rooms in the hotel also has windows. You will be able to view mountain and hill sceneries from your rooms, bars, balconies and other areas. 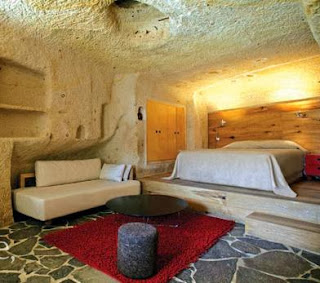 This cave hotel is often disguised by the rocks around the area. Even so, Serrin House will always provide customer service and decorations that are charming and comfortable. Inside this cave hotel, you will be treated to modern designs provided by the company Moooi from England. In short, this hotel combines the concept of Stone Age with modernity. 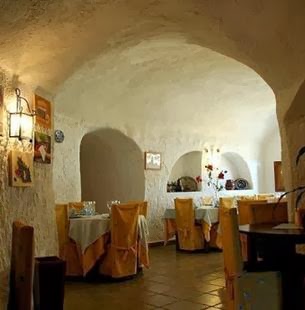 This one cave hotel only has 23 rooms. This cave that was used as hotel has existed from the 15th Century, when the people of Moore was looking for refuge. Currently, this hotel has changed into something like an apartment that has television and kitchen utensils. In addition, a swimming pool also opened here during the summer. 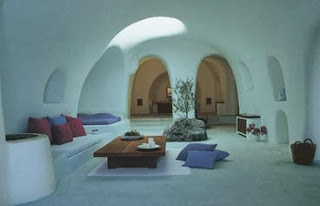 This cave hotel is quite unique in that you need a boat to get there. The hotel is located on top of a mining cave that has existed since the 19th Century. In a cave hotel located in Santorini, Greece, you will be greeted by a minimalist cave room, without television. But don’t worry, with sceneries of Santorini’s sea and dazzling white colored caves, you won’t need a television here.