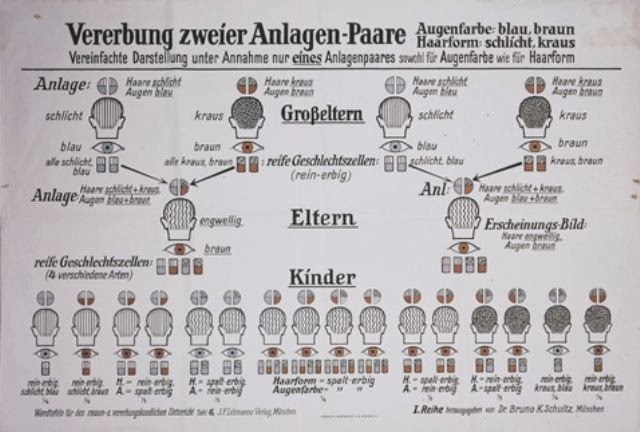 Stories about Adolf Hitler are endless. One of those stories are about his dreams in the concept of Eugenics,  a concept to improve the human race from diseases and disabilities and to increase the amount of healthy individuals.

When Nazi’s, which he led, began to exist in Europe, he blindly and horrifically tried to realize his dream of “creating” the perfect human being  based on that theory of Eugenics. Even in his book titled “Mein Kampf” (My Struggle), he likened non-European races as apes.

Darwin’s Theory certainly infiltrated his brain when Germany was defeated in World War I (1914 – 1918). During that time, Germany was in a difficult condition because everything was organized in a variety of agreements that was controlled by the Allies of the victors of World War I.

As a result, the hatred began to grow inside of Chancellor Hitler. One of the principles that inspired him was that every single living thing must struggle for its survival. This principle was implemented by Hitler in starting a war against neighboring countries such as Austria, Czechoslovakia, France and  Russia. Victories that he continues to achieve made him stubborn and wanted to conquer the world.

Hitler applied the concept with an iron fist, and the result was horrifying. The elderly, physically and mentally disabled, and people who had a variety of illnesses from all over Germany, were gathered in one specialized sterilization center. Here, they were massacred because they were considered as parasites.

In order to get pure the Aryan (Germany) race, he recommended that blondes and blue-eyed youngsters to have free sex. Until 1935, as a dictator, he established fields specifically  for human reproduction. Inside it, German youths were gathered and must serve every man of the Aryan race that entered, in order to get superior offspring.

Even worse, the size of German skull’s, especially for the newborn’s, were also measured. This is because according to Darwin's theory of evolution, the size of the brain of living beings will increase as it reaches the next stage of evolution. As a result, babies that do not have the required brain size will also be discarded. Thus, will be obtained a really perfect human to be the future soldier of Germany.