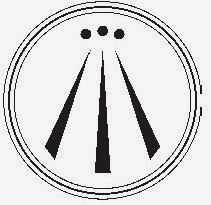 The Awen is related to many new Druid movements. The actual word, which is Welsh, means “inspiration” or “essence.” Related to the Breton symbol called the Triban and with a nod to the Trishul, the trident held by the Hindu deity, Shiva, the Awen is composed of three convergent rays, like paths, leading to a high point, a dot (or three dots) similar to the bindhu.

Each ray carries various meanings, which are equally significant and come in sets of three. They stand for past, present, and future: love, knowledge, and truth: male and female energy and the balance between the two, or the three pillars of wisdom. Another interpretation of the symbol is of the three fundamental letters of the name of God, I, O, and U, which, when pronounced contribute to the actual word “Awen,” which can be intoned in much the same way as the Aum of Eastern tradition, used as a meditative focus.

The Order of Bards, Ovates, and Druids places the three lines and the three dots within three concentric rings, further amplifying the meaning of the symbol as well as placing it within protective, magical circles. 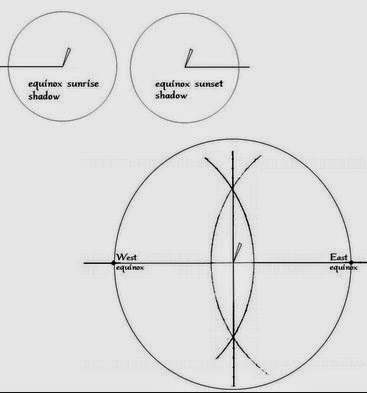 Quite literally, the Axis Mundi translates as the “World Axis,” the axis around which the world revolves and which links the Heavens to the Earth and the dominions below. It is a universal concept, often defined symbolically as a tree or standing stone, a mountain, the omphalos, the lingam, the Vajra, and the Pole Star. The solstices represent the World Axis in terms of time. 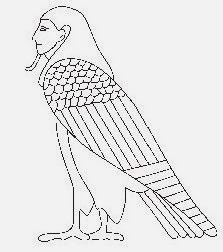 For the Ancient Egyptians, the Ba was the symbolic representation of the soul. It takes the form of a small bird with the head of a human being. The Ba could fly between its owner and the Gods for as long as the body was intact. The Ba is twinned with the Ka. If the Ba represented the soul, then the Ka was the “life-force,” the spark of life that animated the body and whose departure resulted in death. The Ka was sustained with offerings of food and drink, although it was the “ka” or spirit of the food and drink that was consumed. In the Afterlife, the Ba and the Ka would be reunited to form one single entity.(amw)
Posted by Tukang Warta
Share to: