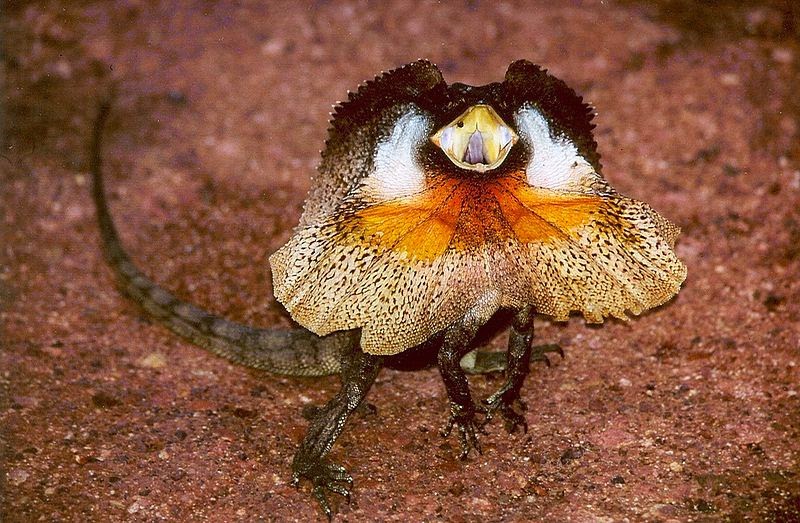 Frill-necked lizards are almost a meter (3.3 feet) long with colors ranging from green to dark orange.

They are all the same species though; the color varies to match the local vegetation. Frill- necked lizards have a fan of cartilage spines around their head, supporting a wide flap of skin.

The spines are connected to the base of the tongue so, when he lizard gapes its mouth, the frill spreads wide. This is used to scare away predators and also for courtship signaling.

They are also the only lizards that can balance properly on two legs; other lizards can run on their hind legs but they fall forward as soon as they slow down.

The frill-necked lizard (Chlamydosaurus kingii), also known as the frilled lizard or frilled dragon, is a type of lizard that is found mainly in northern Australia and southern New Guinea. This species is the only member of the genus Chlamydosaurus. Its name comes from the large frill around its neck, which usually stays folded against the lizard's body. It is largely arboreal, spending the majority of the time in the trees. The lizard's diet consists mainly of insects and small vertebrates.
Posted by Tukang Warta
Share to: