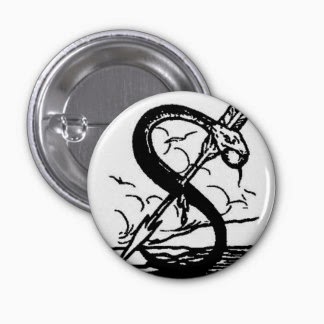 This curious sigil, the image of a snake, impaled by an arrow but with an apple in its mouth, presses all sorts of symbolic buttons; all three elements of the seal are powerful emblems in themselves. Is this the snake that tempted Eve with the apple, being punished for its transgressions? The snake also makes a curious S shape; is this significant, and if so, how? In addition, the union of the line of the arrow and the serpent seems to make a lemniscate, or figure-of-eight, symbol, meaning infinity. Unfortunately, it seems as though the precise meaning of the seal died with its namesake.

Cagliostro himself seems to be as mysterious as his seal. The self-styled Count Alessandro di Cagliostro was actually born as the much less grand-sounding Guiseppe Balsamo, and lived in Italy in the eighteenth century. The rumors surrounding his life and adventures come thick and fast and there is very little that is known for certain, due in no small part to the dense forest of fantastical stories that Cagliostro seems to have hidden himself within. He said that he had been born into the nobility but for some reason was abandoned on Malta, whereupon he wandered, as a child, throughout Morocco and Egypt where he learned many arcane mysteries, including those of the Kabbalah and alchemical magic. Whatever the truth, he certainly had skills as a pharmacist. It seems that the secure advantages of regular employment held no attraction for the Count, his attention being much more drawn to magical and mystical matters. He became a maker and vendor of magical amulets and talismans, and later, forgeries, including letters, certificates, and a myriad of official documents. He also offered the sexual favors of his beautiful young wife as trade for instruction in forgery.

Cagliostro’s seal has been the result of much analysis and conjecture, its appearance so convincing that it was even incorporated into an early Masonic-style organization called The Brotherhood of Luxor. 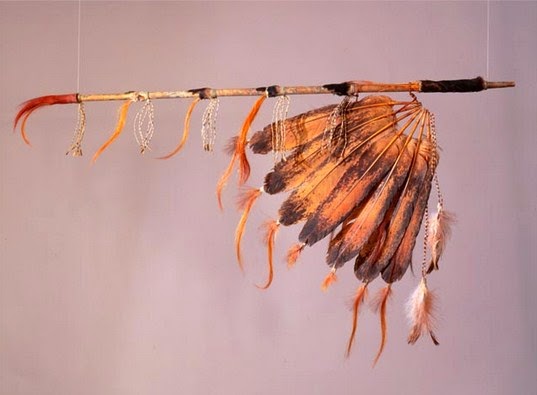 For the Plains Indians, the pipe, also called the calumet, is one of the most important and recognizable symbols. Although it is sometimes referred to as the Peace Pipe, shared ceremonially as part of a unifying ritual, the pipe was just as valid a symbol during times of war.

The tobacco used in the pipe is also a powerful magical substance originally intended for ritual use only. The smoke rising from the pipe signifies a prayer traveling toward the Gods and symbolizes the sacred breath, source of all life. The fire that lights the pipe symbolizes the Sun and the male element. The pipe itself is equivalent to the prayer that is offered up from it.

The calumet is considered so important that in Native American tradition it is described as though it were a person, and each of its components has the name of a body part. In addition, the bowl is described as an altar, and the stem, the passage of the breath extending from the human body. 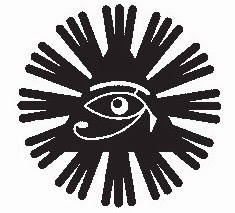 This is one of the symbolic seals of Aleister Crowley’s Astrum Argentum, or Silver Star order. As the name suggests, it indicates the position of Chancellor. The symbol shows an Eye of Horus at the center of rays that are set in 12 groups of 3.