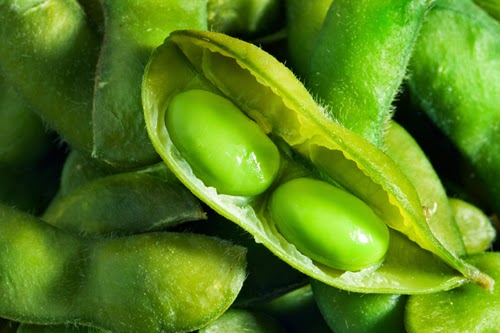 articlemostwanted - Miso, soy sauce, tempeh, tofu—these and other foods derived from soybeans have been a cornerstone of Asian cuisine and nutrition for centuries. Native to central and eastern Asia, wild soybeans are thought to have been domesticated around the 11th century B.C. in northern China. By the first century A.D., soybeans were being cultivated throughout China, as well as in Korea, Japan, northern India, Nepal, and many countries in Southeast Asia. European traders and visitors to China and Japan in the 1500s encountered many foods and sauces made from soybeans and brought the news back to the West. Yet soybeans weren’t planted in Europe until the 1730s. Even then, they were grown in greenhouses and botanic gardens for display and study. Several decades later, soybeans reached North America. They gradually gained acceptance as a forage crop for livestock and as a legume that improved agricultural soils. Not until World War II, however, were soybeans widely grown in the U.S. as a substitute for other protein-rich foods and as a source of edible oil. Since then, soybeans and soybean oil have become standard ingredients in many foods, and traditional Asian soy dishes are commonplace almost everywhere.

Protein source
Heart health
Soy is widely consumed in the Asian diet. Soybean contains a full complement of essential amino acids, making it a complete protein. Thus, it is a very useful part of any vegetarian or vegan diet. Of any plant, soy contains the highest concentration of isoflavones, a class of phytoestrogen compounds that are structurally similar to estrogen. Large epidemiological studies in Asian countries have shown that lifelong traditional consumption of soy may offer some protection against menopausal symptoms, breast cancer, and osteoporosis.
Studies in non-Asian populations have yielded conflicting results. There have been scores of studies on the health effects of soy, including more than 2 dozen on using soy to treat hot flashes. Some show an effect and others do not, making it difficult to arrive at any definitive conclusion. When looking at the totality of the evidence, most reviewers have concluded that the data are just too contradictory to come to any conclusion regarding the effectiveness of soy, or isoflavones, for relieving hot flashes, preventing bone loss, or protecting the heart.
In 2006, an American Heart Association review concluded that there is little evidence to support the use of soy to relieve hot flashes or to protect against cancer; however, the authors noted that “soy products such as tofu, soy butter, soy nuts, or some soy burgers should be beneficial to cardiovascular and overall health because of their high content of polyunsaturated fats, fiber, vitamins, and minerals and low content of saturated fat. Using these and other soy foods to replace foods high in animal protein, which contains saturated fat and cholesterol, may confer benefits to cardiovascular health.”
One area of concern with soy is its safety in women with breast cancer, as it contains compounds that can mimic estrogen. Some studies in humans showing positive effects of soy indicate that early consumption of soy might be important for protection against breast cancer later in life. Less is known about soy consumption in women who are at high risk or who currently have breast cancer. Some studies indicate that it may prevent recurrence, while others suggest that it might increase risk or reduce the effectiveness of tamoxifen, used in treatment. Many oncologists recommend that women limit soy to 1 to 2 servings per day or limit intake to the amounts consumed in the Asian diet, which provides 50 to 90 mg of soy isoflavones per day.

Soy is healthful when consumed as part of a varied, wholesome diet and is an excellent source of protein. Until more is known, breast cancer survivors should not combine soy extracts with tamoxifen (or should avoid therapeutic doses) because of possible plant-drug interactions.
Posted by Tukang Warta
Share to: