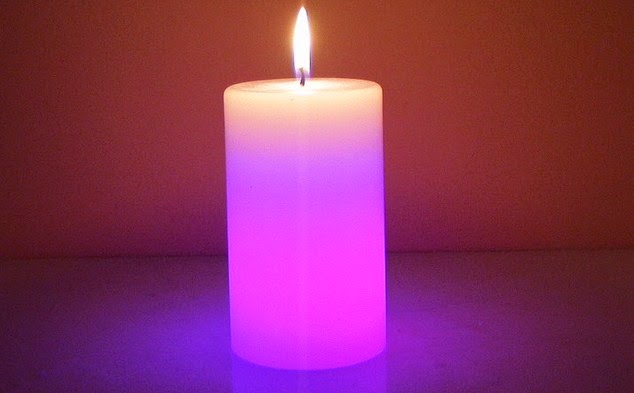 articlemostwanted - A candle represents light in the darkness when  a light-bulb simply cannot do. A candle represents the element of fire as a benevolent force, created even more powerful when the candle consist of wax, a substance made by a magical fauna on earth, the bee. The colors of candles are also matter in magical practices: for example, pink got function to attract love. Black candles well used in dark magic. 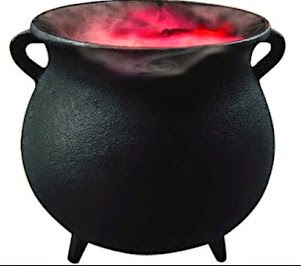 In understanding symbols, sometimes it is useful to simply look at the shape and see what it resembles. The traditional cauldron represents nothing so much as the belly of a pregnant woman and, unsurprisingly, the cauldron is an important female symbol all over the world. The circular shape of the cauldron gives another clue; the circle is a symbol of never-ending life and regeneration, and these themes recur repeatedly in stories containing cauldron symbolism.

The way the cauldron is used also gives a hint about its symbolic meaning. Things are put into the cauldron, heated, and something different is taken out; the basic ingredients are transformed. Therefore, the cauldron also symbolizes germination and transformation.

Traditionally, cauldrons have three legs. The number 3 in this instance represents the triple aspect of the Great Goddess, or the three fates. Shakespeare alludes to this when the three Weird Sisters—arguably the most famous witches in literature—cook up trouble at the beginning of Macbeth.

In pre-Christian literature, there are countless legends featuring magical cauldrons, and it may be because of this that the cauldron has its witchy associations. Celtic tales tell of cauldrons that contain an unending supply of food or of knowledge. The dead are frequently thrown into a magical Cauldron of Rebirth and climb out the next day, alive once more. Mythical warriors and heroes who died in battle are restored to life in this way. Ceridwen had a cauldron full of inspiration and magical powers. In India, a magic life-giving food, called Soma, was brewed in three huge bottomless cauldrons.

In Greece, there are tales in which an ordeal of initiation involves the person boiling in a cauldron, but after the rite, the initiate emerges with magical powers, including the gift of immortality. 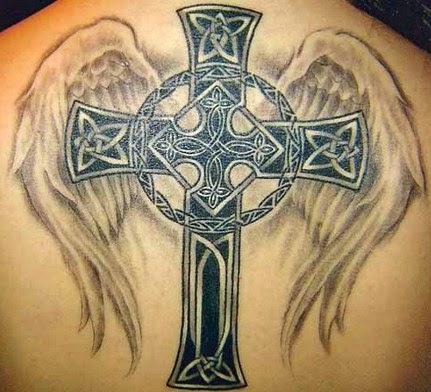 In the Celtic Cross or Ring Cross symbol, a cross is contained within a circle. Very early versions of this cross, found in Ireland, do not show the arms of the cross protruding beyond the circle; the whole symbol is encompassed inside the circle and in this case it becomes the ancient, universal symbol called the Sun Cross, the Wheel Cross, or Odin’s Cross. This sign first appears at the very start of the Bronze Age. Among other things, it symbolizes the wheel and in China represents thunder, power, and energy. It also appears in the seal of the Babylonian Sun God, Shamash.

The Sun Cross symbol also appears in ancient astrology. In modern astrology it still signifies the planet, and element of, Earth; the cross represents the four corners of the planet, the elements, and the directions, and the circle is the planet itself.

Because it was the symbol of the Sun, the King and the highest temporal and spiritual powers, it was easy for the early Christians to adopt this pagan sign and incorporate it into the Latin Cross. It is still used by Bishops to “bless” a new church, drawn onto the walls in sanctified water or oils, at twelve different places around the church.

The Celtic Cross is frequently used as a grave marker, or as a war memorial, particularly in Celtic countries.

Incidentally, the Hot Cross Bun, eaten specifically at Easter and popularly believed to represent the Christian Cross, is actually of pre-Christian origin. The Greeks, Romans, and Ancient Egyptians all ate wheat cakes to celebrate the coming of spring. These cakes were circular (representing the Moon or Sun) with a cross that divided the cake into the four lunar quarters or the four seasons.
Posted by Tukang Warta
Share to: