Jealous Dog, Is It Possible? 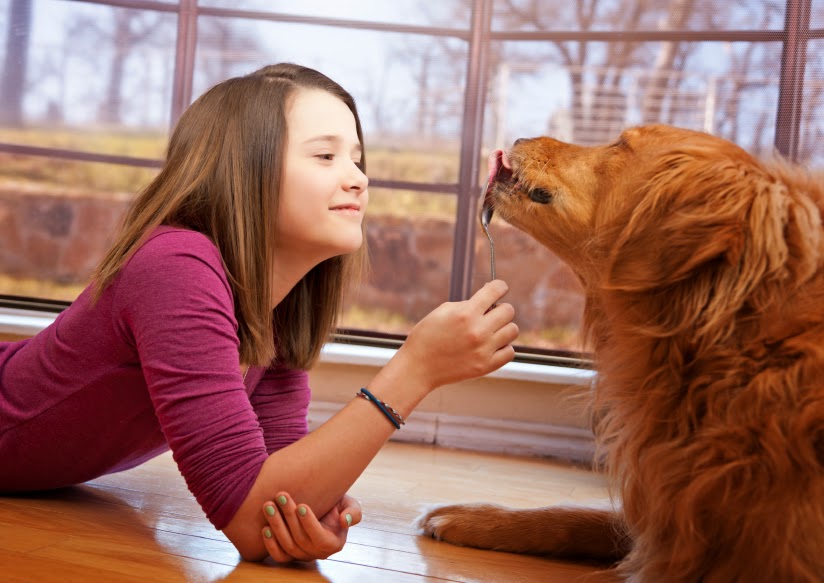 articlemostwanted - Just like people, dogs could do jealous, a new research approves it. This will happen especially when they felt that their owners are taking consideration or attention to other dog.

Investigators or scientists studied the behavior of 36 dogs and found that almost all of them got jealous of their owners' desire, and reacted on their jealousy by snapping and pushing at their owners or their main "rival," which in the research was actually a stuffed dog that wagged its tail, whined and barked.

Most of the dogs seemed to receive the fact that the stuffed dog was an actual rival, as they sniffed its rear end at the beginning and after the experiment.
"Our study suggests not only that dogs do engage in what appear to be jealous behaviors but also that they were seeking to break up the connection between the owner and a seeming rival," that’s what being said by study author Christine Harris, a professor of psychology at UC San Diego. "We can't really speak to the dogs' subjective experiences, of course, but it looks as though they were motivated to protect an important social relationship."

In this experiment that published at July 23rd 2014 in the journal PLOS ONE, the researchers used a trial that is usually used for research on human babies at the age of 6 months old. The investigators worked with the dogs in the pets' own places and recorded the owners ignoring the dogs by diverting their observation either to a jack-o-lantern pail or a stuffed, animated animal. The owners were directed to treat both items as though they were actual dogs by petting them and talking to the dogs. In the third settings, the dog owners read a pop-up book that played music.

And to or surprise that most of the dogs appeared to be jealous of the stuffed animated dogs. A smaller percentage, 42 percent, showed a jealous reaction to their owners reacting with the pail, and 22 percent reacted to their reading books.

"Many people have assumed that jealousy is a social construction of human beings - or that it's an emotion specifically tied to sexual and romantic relationships," Harris said. "Our results challenge these ideas, showing that animals besides ourselves display strong distress whenever a rival usurps a loved one's affection."
source: cbs