10 Most Cruel People of the World 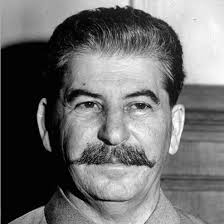 1. Josef Stalin
Stalin was General Secretary of the Communist Party Central Committee. He held the position since 1922 until his death in 1953. Under his leadership, the Ukraine suffered a famine (Holodomor) so great and it is considered by many as an act of genocide committed by the Stalin government.

It is estimated the number of deaths due to cruelty ranged from 2.5 to 10 million people. Famine is caused by political decisions that he made. Besides famine, Stalin ordered a purge of people considered to be enemies of the state. In total, the estimated number of victims of these policies ranged 10-60 million people. 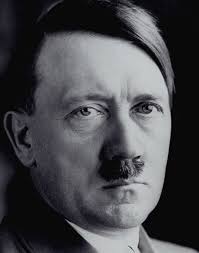 Adolf Hitler was appointed Chancellor of Germany in 1933, became Fuhrer (leader absolute) in 1934 until his suicide in 1945.
At the end of World War II, Hitler's policies of territorial conquest and racial been brought death and destruction of tens of millions of people. Including the murder of about six million Jews now known as the Holocaust.

Then on 30 April 1945, after the war from street to street, when Soviet troops appear within a block or two from Reich Chancellery, Hitler committed suicide. He shot himself while biting cyanide capsules. Then, his body burned from falling into enemy hands. After his death, a few days later, Germany surrendered to the Soviets and allies. 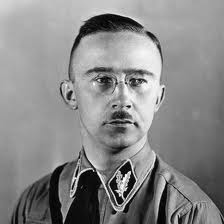 Heinrich Himmler regarded as the greatest mass murderer ever, although there is still Stalin. Holocaust would not have happened if it was not him.
He tried to develop a Nordic-looking race (Aryan race). It is intended for racial purity was ended by Hitler's authority in making military decisions. That way, he could end the war prematurely.

Himmler was arrested after the war. He failed when trying to negotiate with the West and subject to criminal and prison law. But then it turns out he committed suicide by swallowing a cyanide capsule. 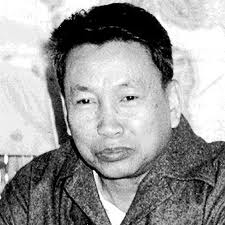 Pol Pot was the leader of the Khmer Rouge and the Prime Minister of Cambodia from 1976 to 1979. However, the de facto (given recognition to someone who has not been constitutionally valid) He led since mid-1975.

During his time in power, Pol Pot applying extreme version of agrarian communism. Where, all city dwellers were relocated to the countryside to work in collective farm and forced labor projects. As a result, they become malnourished. Then, due to medical treatment are minimal, an estimated 2 million Cambodians (approximately one-third and the population) has been executed by Pol Pot.

His regime achieved special notoriety to get rid of the intellectuals and "bourgeois enemies" with murder. Khmer Rouge mass executions in sites known as the 'Killing Fields'. Then, the people who were executed were buried in mass graves. In order to save ammunition, executions were often carried out using hammers, axes, spades or sharpened bamboo sticks.

Jiang Qing, wife of Mao Tse-tung and, is a Communist dictator of China. Through clever maneuvering, she managed to reach the highest positions of power in the Communist Party (the President). It is believed that he was the main driving force behind the Chinese Cultural Revolution (deputy leader).
During the Cultural Revolution, much economic activity was halted. In addition, the old historic buildings heritage, artifacts, antiques, books, and paintings were destroyed by Red Army.

For 10 years, the Cultural Revolution also brought the education system towards congestion and many intellectuals sent to prison camps. Human rights of millions of people in China had been trampled during the Cultural Revolution. Estimated number of deaths (civilians and Red Army) from various Western and Eastern sources around 500,000 during the chaos since 1966-1969. However, other sources said there were 3 million deaths and 36 million persecutions. 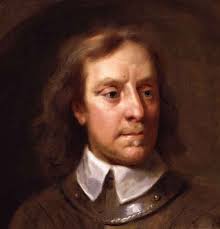 Qliver Cromwell was the leader of the British Parliament during the War of the Three Kingdoms. Consequences and conquest (to replace the Catholic authority) was 200,000 civilian deaths from starvation and disease. In addition, there are about 56 thousand Irish citizens who were taken as slaves.

Cromwell died in 1658. People were so hated that in 1661 he dug up from the grave. Later, his body was hanged in chains in the stands. Then, cut into pieces and dilernparkan into the hole.

7. Ivan IV of Russia
Ivan IV of Russia, also known as Ivan the Terrible, was Grand Duke of Muscovy (1533-1547). He was also the first Russian ruler Tsar title.
In 1570, under the belief Ivan elite Novgorod city planned to defect to Poland. However, the official authorities stop them on January 2. Ivan Army was building a wall around the city to prevent people from fleeing the city.

Reported that the army gathered between 500 or 1000 people every day. Then, they were tortured and killed in front of Ivan and his son. Ivan sadism is not limited to that. In 1581, Ivan beat his daughter in-law for wearing immodest clothing to cause a miscarriage. Then, after his son (also named Ivan) knows this, he engaged in a heated argument with his father. Consequently, Ivan striking his son's eyes with the tip of his wand to death. 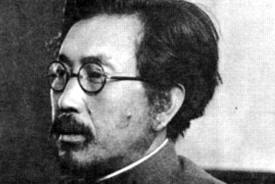 virtual office jakarta timur .adv - Ishii was a microbiologist and Lieutenant General Unit 731. Namely, a biological warfare unit of the Imperial Japanese Army during the second Sino-Japanese war.
He was born in the village of Shibayama (County of Chiba Prefecture) and studied medicine at Kyoto Imperial University. In 1932, he began doing preliminary experiments in biological warfare as secret project for the Japanese military.

Subsequently, in 1936, Unit 731 was formed. Ishii built a huge place more than 150 buildings in a six square kilometer outside the city of Harbin, China.

Among the atrocities committed by Ishii, under his command in Unit 731 is vivisection, by amputating the feet of the prisoners and connected to other parts of their body. Some prisoners were also frozen their body parts and then thawed to study gangrene and the resulting drug reactions.

In addition, lshii also scalped the prisoners to be used as living test cases for grenades and blast effects flamethrower. Then, prisoners were injected with a shot of disease as specimen to determine the appropriate vaccines.

Not only limited to these atrocities, and in studying the effects of untreated venereal diseases, Ishii injecting men and women prisoners with syphilis and gonorrhea infections. And to more sadistic act, it was done by rape. Once they infected, then their reaction studied.

At the end of the war, Ishii defeated by the American occupation authorities. Then, he spent time in prison for crimes he committed. However, he died at the age of 67 due to throat cancer. 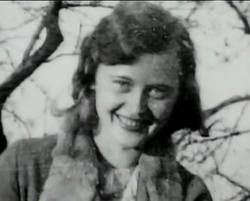 Koch IIse better known as the "Bitch of Buchenwald Women". It is because He is a cruel, cruel woman to prisoners.

IIse Koch married to a Nazi who is also evil. He served in the SS, Karl Otto Koch. His behavior is so depraved, inhuman, and disregard the rights of others.

IIse uses her feminine appeal, such as wandering around the camp without clothing. He carried a whip and a gun to shoot anyone who glanced at it.

The most famous accusation against IIse Koch is he has selected inmates with interesting tattoos to be killed. Then, their skin made into a lampshade home. But unfortunately, there is no evidence that the lampshade was found at his home.

After the war, he was arrested, but the charges are different. He also spent time in prison and eventually hanged himself in a cell in 1967 because of guilt. 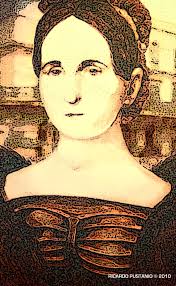 LaLaurie sadistic woman is a lady who lives in New Orleans. On 10 April 1834, there was a fire in her kitchen. However, when officers put out the fire, they found the two assistants chained to the stove. It seems that the fire was deliberately to attract attention.

Later, Firefighters climbed to the attic at the direction of a maid. In that place, there are more than a dozen slaves shackled to a wall defects or floor. Some of them have been the subject of gruesome medical experiments.

Another peculiar sadism made by her, a woman is locked in a small cage. Then, her limbs broken and reassembled like a crab. There is also a woman whose arms and legs cut off so he curled like a caterpillar.

Moreover, some of them were their mouth sewn up and starving to death. Meanwhile, some of the other hands sewn to different parts of their bodies.
Most of them were found dead. However, some people who are still alive were begging to be killed so they can free from pain.
However, the notoriously sadistic LaLaurie can escape. He was never caught until now.