Steven Pinker - 100 Most Influential Scientists of All Time 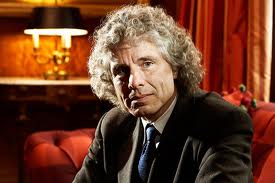 Canadian-born American experimental psychologist Steven Pinker was known for his evolutionary interpretation of language acquisition in humans. Pinker studied cognitive science at McGill University in Montreal, where he received his B.A. in 1976. He earned a Ph.D. in experimental psychology at Harvard University in 1979. After stints as an assistant professor at Harvard (1980–81) and Stanford University (1981–82), he joined the Department of Brain and Cognitive Sciences at the Massachusetts Institute of Technology (MIT). In 1989 he was appointed full professor at MIT and became director of the university’s Center for Cognitive Neuroscience.

His early studies on the linguistic behaviour of children led him to endorse noted linguist Noam Chomsky’s
assertion that humans possess an innate facility for understanding language. Eventually Pinker concluded that this facility arose as an evolutionary adaptation. He expressed this conclusion in his first popular book, The Language Instinct, which became a runaway best-seller and was rated among the top 10 books of 1994 by the New York Times.

The book’s best-selling sequel, How the Mind Works , earned a nomination for the Pulitzer Prize for general nonfiction. In How the Mind Works (1997), Pinker discussed the development of the human brain in terms of natural selection, applying a Darwinian perspective to a wide range of mental faculties. He expounded a scientifi c method that he termed “reverse engineering.” The method, which involved analyzing human  behaviour in an effort to understand how the brain developed through the process of evolution, gave him a way to explain various cognitive phenomena, such as logical thought and three-dimensional vision.

In Words and Rules: The Ingredients of Language (1999), Pinker focused on the human faculty for language, offering an analysis of the cognitive mechanisms that make language possible. Exhibiting a lively sense of humour and a talent for explaining diffi cult scientifi c concepts clearly, he argued that the phenomenon of language depended essentially on two distinct “ingredients,” or mental processes the memorization of words and the manipulation of them with rules of grammar. Among Pinker’s later books were The Blank Slate: The Modern Denial of Human Nature (2002) and The Stuff of Thought: Language as a Window into Human Nature (2007).

Steven Pinker’s work, while enthusiastically received in some circles, stirred controversy in others. Predictably, there were religious and philosophical objections to Pinker’s strictly biological approach to the mind, but scientific questions were raised as well. Many scientists, including paleobiologist Stephen Jay Gould, felt that the data on natural selection were as yet insufficient to support all of Pinker’s claims and that other possible infl uences on the brain’s development existed. Although he conceded that there was much research left to be done, Pinker along with a considerable number of other experts remained convinced that he was on the right track.
Posted by Tukang Warta
Share to: