Human's Brain and Dog's have Similarities 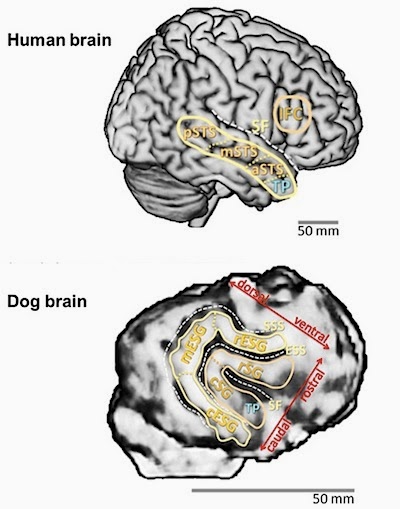 www.articlemostwanted.com - A research shows that human's brain and dog's have similarities. Especially in understanding each other’s emotion.

Researchers found that dogs and humans have the same “audio receiver area” in their brains. This part of brain is responsible to understand and interpret voices of dogs and humans.

“In the beginning of human’s ancestor, humans’ brains are equal to dog’s brain these days. But human's brains have been changed along with the changing of time.” said Andics.

During a research, scientists tested 11 dogs; Golden Retriever and Border Collie, together with 22 humans. Dogs and humans have to generate their natural voice, such as howling, barking, crying, and laughing. At the same time, the researchers observed their brains reactions using MRI equipment.

However, this research only done to two sort of dogs, Andics suggested the next research must be wider. The research would show the differences of brains shape and other factors. (livescience.com/straightoff)
Posted by Tukang Warta
Share to: