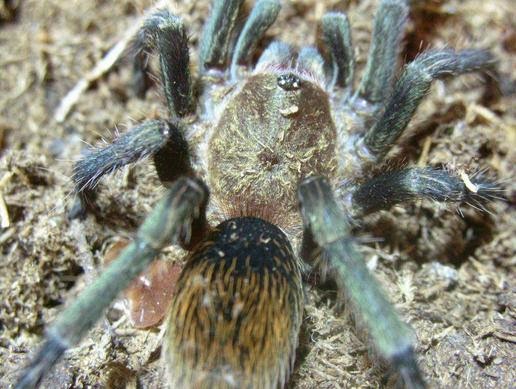 www.articlemostwanted.com - Up till now, we know that analgesic pain killers are made from vegetations, now researchers is developing one kind of pain killer made from tarantula's venom. They found a species of tarantula which produce venom that can be produced safely to relief pain.

Yale Universities researchers found that specific protein from Peruvian Green Velvet tarantula's venom can block neuro activity to suppress the pain. They said that toxins from hundreds species of spiders are tested before finally found this new type of pain killer.

"The likelihood is that within the vast diversity of spider toxins we will find others that are active against other channels important for pain," said Michael Nitabach, study writer, Yale University professor of cellular and molecular physiology and of genetics.

He added, the advantage of this system is that this toxin can be engineered. This will allow researchers to find other toxins that has not been found in the nature from this engineering. With that, researcher will able to identify potential toxin variances that will not harm neural system.

In the study that has been published in Current Biology journal, the researchers analyzed more than 100 sipder venoms from different species of tarantulas. They tested the venom into one of human pain channel called TRPA1. This channel located on the surface of the nerve cell that sense pain, this channel is associated with inflammation and nerve pain.

The researchers found this tarantula toxin, in particular, that blocked this pain channel but did not affect any other channels on the surface of nerve cells. This means, the venom is potentially to become an new analgesic to relief pain. They said they plan to continue testing many thousands of new toxins that could produce similar pain-reducing effects.(aliy1/intisari-online.com)
Posted by Tukang Warta
Share to: