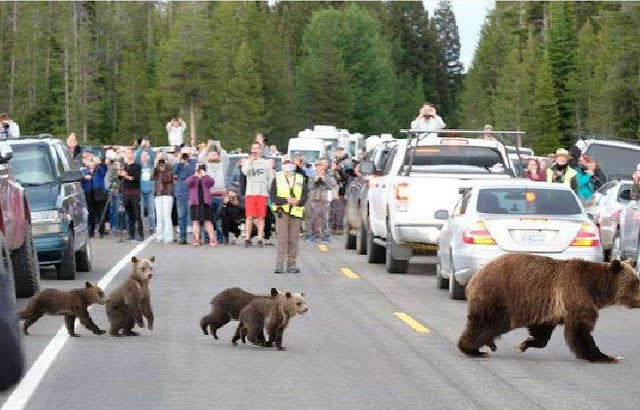 amw - A female grizzly bear is recorded across the road in the Grand Teto National Park in Wyoming, United States, as reported by the Mirror on Sunday, June 21, 2020.

This famous bear earned the nickname Grizzly 399 and is already 24 years old.

"This is the oldest female bear that lives outside the animal garden," Mirror said.

Recently, the bear mother was seen escorting four small cubs across the highway in the national park.

This bear mother has at least a total of 22 bear breeds, both children and grandchildren.

This bear weighs around 170 kilograms and is still reproducing.

Due to favorable environmental conditions, the number of bears is increasing in the United States.

They are scattered in various national parks and forests in the United States.

According to records, grizzly bears can be 27 years old and have children in the Yellowstone National Park.

"We have documented that female bears still have children in their mid-20s. This is a unique age," said Frank van Manen, a biological researcher in Yellowstone National Park.