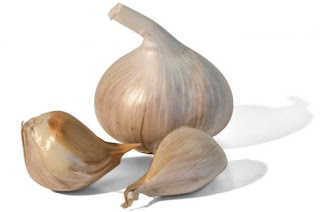 Garlic’s slender green leaves, bulbous white roots, and pungent flavor and aroma mark it as a member of the genus Allium, which also includes onions, leeks, and chives. Prized as a vegetable, a condiment, and a medicine, garlic has been part of human culture since ancient times in both the East and the West. First cultivated perhaps more than 7,000 years ago, this herb was long thought to impart strength and stamina. The legions of slaves who built Egypt’s great pyramids were given garlic and onions as part of their daily diet. The original Olympic athletes in Greece ate garlic before competitions, possibly making it one of the earliest performance-enhancing substances. Widely used in spells and charms, garlic was believed to protect against all forms of evil, including witches and, more famously, vampires. Medicinally, garlic has long been revered for its powers, particularly in treating infections.

Diarrhea
Coughs and colds
Heart health
Garlic is a key ingredient in many ethnic cuisines and has a cherished history in herbal medicine. It also has a stunning reputation for fighting off infections, especially in the gut and lungs. With the growing problem of antibiotic resistance (which occurs when bacteria and parasites are no longer vulnerable to antibiotics), garlic could be critical.
Louis Pasteur first documented garlic’s antibacterial activity in 1858. Albert Schweitzer relied on garlic to treat amoebic dysentery for years in Africa. Modern research has confirmed that garlic can kill a number of diarrhea-causing organisms, including Salmonella, Escherichia coli, Entamoeba histolytica, and Giardia lamblia. Fresh garlic also impairs many organisms that cause colds and pneumonia. In fact, a preliminary study indicated that taking a garlic supplement helped prevent the common cold.
Garlic not only helps fight infection but also may reduce the risk of some cancers. In 2002, the Journal of the National Cancer Institute reported results of a population-based study showing reduced risk of prostate cancer for men with a high dietary intake of garlic and scallions.

Garlic also protects the gastrointestinal tract. In seven studies evaluating garlic consumption, those who ate the most raw and cooked garlic had the lowest risk of colorectal cancer. Multiple studies have found that aged garlic extracts prevent or reduce gastrointestinal toxicity resulting from methotrexate, a drug often prescribed for autoimmune conditions.

There are also good reasons to include garlic in a heart-healthy diet. It helps lower cholesterol and blood pressure, though its effects are mild. Garlic also makes platelets a little less sticky, thus reducing the risk of clots.

Cooking deactivates some of garlic’s activity, so one of the easiest ways to take garlic is simply to eat it! Raw garlic is probably the optimal form. Crush a couple cloves and put in olive oil, add a dash of lemon, and toss over a salad.
Capsules: If buying garlic in capsule form, look for products standardized to allicin, a key ingredient. Research suggests garlic products providing 4 to 8 mg allicin daily are optimal.

Garlic is safe and well tolerated in the regular diet. There is a small risk that eating larger quantities of raw garlic (more than 4 cloves per day) can affect platelets’ ability to form a clot, so it makes sense to reduce consumption 10 days before surgery and not to exceed this amount if taking anticoagulant medications. Garlic can also interfere with medications used to treat HIV infection.