The Meaning of Claddagh and Corn Dolly Symbols 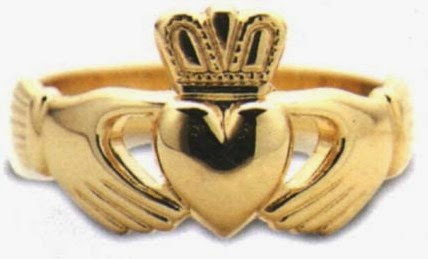 articlemostwanted - The Claddagh is a well-liked symbol, frequently incorporated into the sketch of rings, and used by people as an appealing part of ornamentation even though they may not understand what it symbolizes.

Conventionally worn as a wedding ring, the Claddagh is so-called because it was formerly created in a Galway fishing settlement of the same name in seventeenth-century Ireland. However, the parts of the design are much older, extending back into pre-Christian Celtic story. The Romans had a well-liked ring design, the Fede, which performed clasped hands. “Fede” means “fidelity.”

The Claddagh symbol figures a heart held by a pair of hands. A crown mostly surmounts the heart. These design has the meaning as love, friendship, and loyalty. 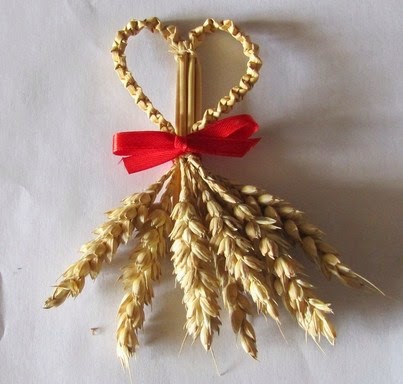 These days, the corn dolly generally gathers dust in gift shops, an innocuous souvenir for tourists in rural areas, particularly in the United Kingdom. However, its origins as a powerful magical symbol go back thousands of years to pre-Christian times. It may come as a surprise that the corn dolly hanging on the kitchen wall can trace its roots back to a particularly bloody ritual.

In any agrarian culture, the success of the crop is all-important and in Northern Europe the harvest produce was essential to survival during the winter period. It was the generally held belief that the spirit of the harvest—in this case, the versatile grain crop—resided in the plant, and once the plant was cut down then the spirit effectively became homeless. In order to provide a new home for this spirit, the farmers made a corn dolly from the very last stalks of the crop. The dolly would spend her time indoors over the winter, waiting to be ploughed back into the ground at the start of the new season. In places where the corn dolly custom was not established, the last few stalks of corn were violently beaten into the ground, thus driving the spirit back into the Earth.

The dolly was made into the shape of an old woman, representing the Crone aspect of the Harvest Goddess. She was drenched in water as a further propitiation to the Gods and to ensure that plenty of rain would feed the harvest to come. Different areas had different styles of corn dollies.

However, the custom of preserving the spirit of the harvest was not always carried out in such a genteel way. The Phrygians, who lived in central Asia Minor and worshipped the Mother of the Gods, Cybele, carried out a different sort of ceremony. Their “corn dolly” was formed from thickly plaited sheaves of corn formed into a tall column. Any stranger found in the vicinity was captured in the belief that his presence there would mean that the spirit of the harvest had possessed his body and caused him to wander into the area. The hapless stranger was then trapped within this cage of corn and then beheaded in the belief that the blood that fell upon the ground contained the valuable “soul” of the crop.
Posted by Tukang Warta
Share to: