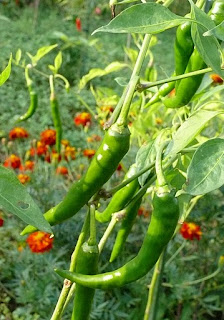 Do you know that the benefits of Cayenne are to cure nerve pain and arthritis? How to make herbal medicine using Cayenne?

The spicy cuisines of Mexico, Southeast Asia, China, southern Italy, many Caribbean islands, and North America’s Cajun cultures share an ingredient: hot pepper. Not the tiny black peppercorns ground in pepper mills, but the fleshy fruits borne by plants belonging to the genus Capsicum. More than a thousand varieties of Capsicum are grown worldwide. They produce colorful fruits that vary considerably, not only in color, size, and shape, but also in the intensity of their heat. That heat comes from a plant chemical called capsaicin, which, in addition to adding zest to food, has pain-relieving properties. 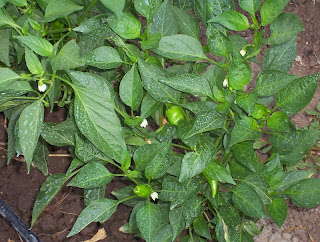 Arthritis
Nerve pain
Despite its bite in spicy cuisines, purified cayenne pepper, yielding the essential compound capsaicin, is an effective topical pain reliever. Capsaicin is absorbed through the skin and binds to specific receptors that act to deplete a compound responsible for conveying pain sensations to the brain.

One category of conditions that cause pain originates from nerve damage resulting from diabetes or other nervous system problems. For this discomfort, creams containing at least 0.075 percent capsaicin applied to a painful area over 6 to 8 weeks have been shown to provide relief. In some cases, just one high-dose patch containing 8 percent capsaicin can be beneficial. A common pattern in the treatment is that the pain gets worse for a few days before it gradually gets better; benefits are often sustained even after treatment stops. Some studies have shown that preparations with a lower percentage of capsaicin, some of which are available over the counter, are less effective, either because of the lower dose or because of poorer absorption. These creams are also used by people who experience the lingering pain of shingles.

Osteoarthritis may also respond to capsaicin creams. Creams containing 0.025 percent capsaicin have been shown to help ease joint pain of adults suffering from osteoarthritis over a 6-week period; one study, in which subjects used the 0.075 percent cream for 4 weeks, resulted in decreased arthritis pain and tenderness in the hands.

Cream: For nerve-related pain, apply cream containing 0.075 percent capsaicin 3 to 4 times daily. Lower-dose creams containing only 0.025 percent capsaicin applied 4 times daily may be effective for arthritis. For optimal benefit, treatment is usually recommended for 6 to 8 weeks; benefits for arthritis may occur before 8 weeks. Researchers also are developing other higher-dose forms of cayenne, including a patch and injections, which look promising for pain relief.

Application of cayenne preparations to the skin can cause a rash as well as burning, stinging, and redness. The rash, often an irritation rather than an allergic reaction, is usually worse on first applications of the preparation and then gets better with repeated use. However, if the rash gets worse with time, treatment should be discontinued and improvement should occur quickly. Do not apply to broken skin. Occasionally, people will develop a cough after using higher strength preparations, presumably from the spicy substance that gets inhaled.

So that's all, now you know the benefits of Cayenne for your health.
Posted by Tukang Warta
Share to: