0 animal, cheetah, falcon, sailfish 9/12/2014 01:00:00 AM
A+ A-
Print Email
The arms race of hunter and hunted is a ferocious battleground, with different species furiously evolving to remain, literally, one-step ahead of the competition. We pit these speed demons against each other in the ultimate animal shootout - World's Fastest Animals. 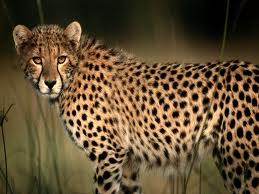 Accelerating to speeds of 70mph, the cheetah is the quickest on four legs!

Cheetahs are one of the fastest animals on Earth and have a terrifyingly quick o-6o time of a mere three seconds. Cheetahs are unique in the fact that they have evolved to such a degree in order to maximize their speed, they regularly risk brain damage and starvation due to the great physical demands it places on their anatomy. The cheetah is fast — the fastest land animal on Earth — but that speed comes at a great price.

For example, lungs, nostrils and heart are all enlarged within the cheetah to ensure it can process enough oxygen and blood to maintain its explosive speed. However, it can only process this for short periods of time and at the close of a lengthy chase not only does it skirt dangerously close to oxygen deprivation but it must rest post-kill before it eats, leaving plenty of time for scavengers to surround it. In addition, while its muscle fiber is honed and holds superb elasticity, its physique is slender and lightweight, leaving it vulnerable to broken limbs and completely defenseless against a larger and heavier rival such as a lion or tiger.

Due to these facts — as well as through human-caused habitat loss and predation — cheetah numbers are dwindling and the species is currently endangered in many African countries. 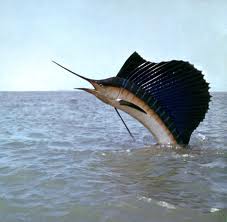 Capable of swimming for long periods of time at over 40mph, and with a recorded top speed of over 70mph, the sailfish is the ocean’s fastest animal.

With a top speed on par with that of a cheetah, the sailfish is lightning fast and one of the most difficult-to-catch fish in the world. With its stiffened, tapered body and scissor-shaped caudal fin, the sailfish is built for speed — a speed that comes courtesy of a rapid and ferocious flicking of its tail. Indeed, during a chase to consume fish, crustaceans or cephalopods, the sailfish will flick its tail back and forth hundreds of times, utilizing the powerful muscles which run down its compressed body.

As with the peregrine falcon, the sailfish’s speed is also aided by its ability to retract parts of its body, in this instance its various fins (notably the large dorsal fin that adds over a foot onto its overall height). This feature helps it reduce the effects of drag and minimize Its spine is also very flexible and, as with the cheetah, allows it to generate increased thrust through the rapid curves it bends its torso into while swimming. 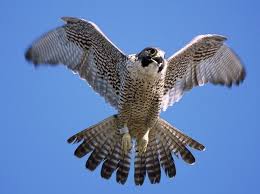 When in free fall, the peregrine falcon is just epically quick

If you thought the cheetah was fast, then think again. The peregrine falcon blows its top speed out of the water by over 130mph. Capable of hitting a monumental 200mph during a stoop (dive), the falcon has the highest top speed of any animal on Earth.

The peregrine’s speed is caused a combination of factors. Firstly it makes use of gravity, diving upon its prey from great height, even when they themselves are airborne. Secondly, its anatomy — as with the cheetah’s — has been finely honed to maximize speed, evolving over millions of years into the swift and efficient killer it is today. For example, the peregrine’s keel — which is located at its breastbone — is significantly larger than average birds’, allowing for bigger muscles and a greater number to attach its wings to its body. This allows it to generate far more power per thrust when building speed. Further, the peregrine’s wings have evolved to be incredibly pointed, with slim, stiff and unspotted feathers, which helps streamlining and reducing air resistance significantly.

Unlike the cheetah, however, arguably the peregrine handles its awesome speed much better. Firstly, while having the same enlarged heart and lungs, the peregrine does not suffer damage from oxygen deprivation at the close of its stoop. This is partly due to gravity’s beneficial aid in generating its killer speed but also due to the peregrine’s ability to absorb oxygen through its red muscle fibers, of which it has many. This allows it to keep a steady oxygen flow at all times and means that, consequentially, it does not need to rest post-kill, reducing its vulnerability to scavengers.

The fastest animals on Earth are...

Here’s a the list of the most super-fast critters on the planet:

That is the complete list of The World's Fastest Animals!
Sources: American journal of Zoology, University of Michigan, Seattle Zoo,. American journal of Physiology, National Geographic, US Fish and Wildlife Service, Forest Preserve of Illinois
Posted by Tukang Warta
Share to: