What is Falling in Love? 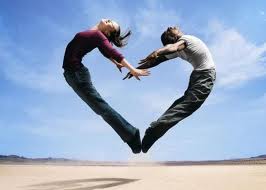 For some people falling in love is an instantaneous thing (“love at first sight”). But falling in love can be gradual, too. You might be in a relationship for months before one day you look at your partner and the truth dawns on you. But what actually happens—why do we feel so great when we fall in love?
The explanations are both emotional and chemical. What’s happening in your mind is bound up with hormones at play in your body, so let’s start at the beginning.

The closeness that most of us experience with our parents, that knowledge of unconditional love and sense of security that we get from snuggling up to our mother or father as children, is a wonderful thing. As we grow older, however, the physical side of love with our parents subsides—we grow out of it.We begin to seek that security and physical closeness elsewhere—from a partner.We all need to feel cared for and looked after.

Attraction is the first phase of love, and men and women are attracted to each other for a number of reasons (see p.16). One major factor is that they tend to be drawn to the “familiar” in the other partner. They perceive something in the new lover that feels well-known and this offers a sense of comfort and pleasure. Brain studies show that there is a good reason for this. When we have an emotional experience, the amygdala—two small nut-shaped sections of the brain—trigger a hormonal rush. When that experience gets stored in the neocortex, the part of the brain that works as a kind of filing cabinet, then it is associated with both the emotion and the hormonal rush. When we come across something familiar in someone, those emotions and hormonal responses can be triggered all over again.

Your earliest experiences are likely to have come from your family background. So, if your parents were sad, gloomy, or hostile, you may find that when you meet someone sharing those characteristics, your buzzer will be pushed. Possibly to your dismay, you are likely to feel a warm hormonal response and an exhilarating wave of feeling—suddenly you are inexplicably attracted.

Not everyone unconsciously wants exactly what they’ve experienced in childhood. Sometimes we want what we didn’t get as infants but wish we had. It is for this reason that we occasionally get interested in people who on the surface seem unsuitable because of their apparent extreme differences. This other person may have developed parts of his or her character that you have not and that you somehow feel you are lacking. An association with him or her is therefore seen as a way of “acquiring” these traits. For example, if a child was not “allowed” to be angry at home, that child when grown up may seek someone who is angry and “does” the angry part for him or her.

Viennese psychoanalyst Sigmund Freud (1856–1939) proclaimed a number of highly controversial and influential theories relating to the nature of human love and sexuality. He declared that it is our “love affair” with our opposite-sex parent during childhood that spurs most of us on to seek love and affection from an opposite-sex lover when we develop sexually. He claimed that a heterosexual man makes a reality of his subconscious desire for his mother when he enters into a loving sexual relationship with a woman (this he called the “Oedipus complex”). Similarly, a heterosexual woman satisfies her desire for her father when loving a man. 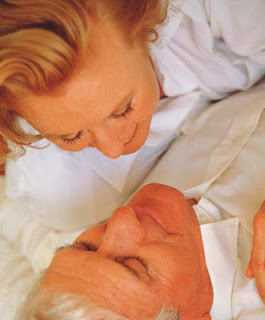 Falling in love gives rise to a range of intense feelings and emotions, particularly at the start of a relationship. The process can be divided loosely into three basic stages: initial attraction, infatuation, and attachment.

So what’s happening in our bodies when we fall in love?
A plethora of neurotransmitters and chemicals come into play, giving us intense physical feelings. Probably the first of these chemicals to affect us are pheromones.

The need for intimacy

Sex brings couples closer together, in both a physical and an emotional sense. As well as forging a connection between bodies, the successful sex act fosters a sense of intimacy and attachment. Although intimacy can be achieved with close friends who are not lovers, the intimacy of two lovers, brought together in sexual union, tends to be greatest. Intimacy is an integral part of falling in love. For this reason, even though we may no longer feel the same intense sexual buzz in a long-term relationship, intimate feelings act as a reminder of those special early days and continue to bond us.

So, those all behind the scenes of falling in love, I bet less of you who knew about this lol.
Posted by Tukang Warta
Share to: