One of Chamomile Benefit - Digestive aid 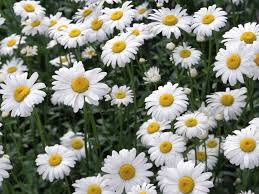 Not many people knew the benefit of Chamomile since you will easy to find it anywhere all over the world.
After a rain, or when lightly bruised, chamomile’s lacy green leaves and small, daisy-like flowers give off the distinct scent of apple. That may explain the Spanish name for this herb, manzanilla, which means “little apple,” as well as the medieval habit of strewing chamomile stems and flowers across the floors to freshen the air indoors. Two very closely related species of chamomile have earned a time-honored place in herbal medicine. German chamomile (Matricaria recutita) has effects similar to those of Roman or English chamomile (Chamaemelum nobile) but a less pronounced aroma. Both varieties of this herb have been prized for many centuries—especially brewed as a pleasant-tasting tea—as a remedy for nervous tension, muscle cramps, skin conditions, and digestive upsets in babies, children, and adults. Chamomile is perhaps the most commonly used European herb in herbal medicine today.

Digestive aid
Colic
Mouth ulcers
Eczema
A treasured herbal medicine, chamomile has soothed digestive systems and calmed people of all ages for centuries. But not until the 1970s were scientists able to document and verify chamomile’s healing and protective effects on the gastrointestinal mucosa (lining). Germany’s health authorities recognize the effectiveness of chamomile for relieving digestive spasms and inflammation when taken internally. Chamomile eases bloating and indigestion when taken after meals and can soothe occasional heartburn. Many herbalists consider chamomile the premier children’s herb for easing upset tummies and calming frayed nerves after an exhausting day. Remember Peter Rabbit? His mother gives him a dose of chamomile tea (“One tablespoonful to be taken at bed-time.”) after his escapade sampling all the vegetables in Mr. McGregor’s garden leaves him with a tummy that needs soothing. A study of colicky babies found that chamomile, in combination with other herbs, was highly effective in reducing crying times when the colicky babies were compared with those in the control group.

Chamomile is also popular for alleviating inflammation of the mouth and skin. In a study of patients with chronic mouth ulcers, a remarkable 82 percent rated chamomile extract as excellent for relieving pain. Compounds in chamomile have been shown to enhance skin healing and to help prevent infection.
Applied topically, a proprietary chamomile cream was shown to be as effective as low-dose, over-the-counter hydrocortisone cream for relieving eczema. Chamomile is also found in creams designed to soothe and heal diaper rash, skin irritations, and minor wounds. Germany’s health commission also recognizes the effectiveness of using chamomile externally for inflammation of the skin and mucous membranes, including those of the mouth and gums.

Chamomile is very safe. In rare cases, allergic reactions occur, especially in those with severe ragweed allergies.
So folks, those are the benefits of chamomile, who know from now on you can use it for your daily needs :).
Posted by Tukang Warta
Share to: