How Mosquitoes Are Drawn To Human Skin And Breath 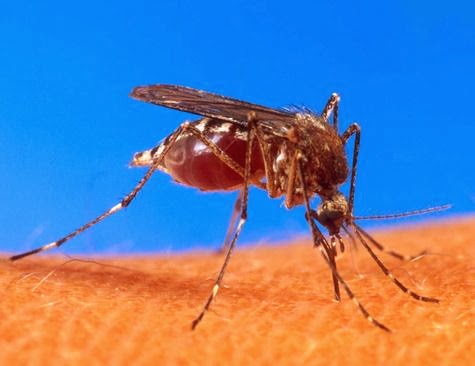 Carbon Dioxide is the main attraction that can invite mosquitoes to attack the human body. Female mosquitoes - that transmits a variety of diseases – can even detect the presence of humans from a distance.

After it gets close, the mosquitoes are often seen to changes their track and fly to specific areas with a characteristic odor, such as the lower legs. Why?

lemari asam kimia .adv - Recent research done by scientists at the University of California, Riverside can now help address these questions. They reported on Dec. 5 in the journal Cell that the very receptors in the mosquito’s maxillary palp that detect carbon dioxide are ones that detect skin odors as well, thus explaining why mosquitoes are attracted to skin odor – smelly socks, worn clothes, bedding – even in the absence of CO2.

“It was a real surprise when we found that the mosquito’s CO2 receptor neuron, designated cpA, is an extremely sensitive detector of several skin odorants as well, and is, in fact, far more sensitive to some of these odor molecules as compared to CO2”, said Anandasankar Ray, an associate professor in the Department of Entomology and the project’s principal investigator.

From these studies, the researchers also claim to have found a new effort to reduce the risk of diseases transmitted by mosquitoes. Odor molecules that they found from the study are considered to be able to reduce the spread of the disease.

In proving its findings, the researchers devised a novel chemical-based strategy to shut down the activity of cpA in Aedes aegypti, the dengue-spreading mosquito. They then tested the mosquito’s behavior on human foot odor – specifically, on a dish of foot odor-laden beads placed in an experimental wind tunnel – and found the mosquito’s attraction to the odor was greatly reduced.

Next, using a chemical computational method they developed, the researchers screened nearly half a million compounds and identified thousands of predicted ligands. They then short-listed 138 compounds based on desirable characteristics such as smell, safety, cost and whether these occurred naturally.

Apparently, these compounds have been used by some cosmetic products.
(sciencedaily)
Posted by Tukang Warta
Share to: