These 5 Animals Probably Have The Key of Immortality 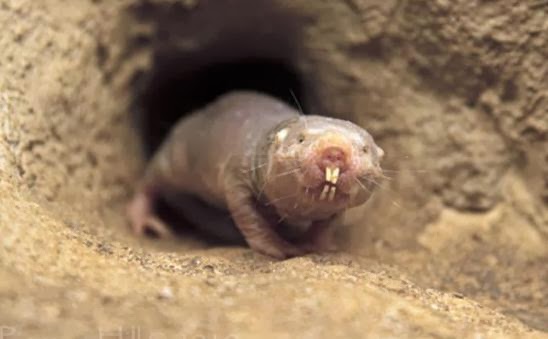 Every living creature will certainly die. But mother nature seems to give an opportunity to prevent or at least delay death.
Researchers have found a few signs of immortality through these animals as follows:

“Naked” mole rats very immune to disease and they can live for 30 years, ten times longer than other types of rodents.
A study published by Proceeding of the National Academy of Sciences journal has found that chemical substances in the RNA of the mole rats contain only a little error when they grow older. This makes mole rats insusceptible to diseases which related to aging such as cancer and Alzheimer.

lemari asam kimia .adv - Carbon calendar found that one of the giant tortoises Aldabra named Adwaita died at the age of 225 years old on 2006.
Something inside this animal’s genetic code is able to make the carrier resist to “Death by Old”, a term for ability to resist aging.
Gradual accumulation from error and cell degradation which would kill other living creature including us, human, slowed down in the body of giant tortoise to extend the live of this animal.

Cutting off humans’ heads would definitely kill them. But it would not kill the flatworms when their heads are cut off.
Scientists at The University of Nottingham in England have successfully made a colony of more than 20.000 planaria wiggly by cutting off one part of the body to become several parts and let them regenerating themselves.
The scientists believe that the great self healing ability factor from these worms is caused by their natural ability to regenerate the key enzyme supply.

Unlike other living creatures, lobsters keep growing healthily along with aging. A group of lobsters produce numerous telomerase, enzyme that helps them growing for their lifetime, even when they reach the age of 50 or 60 years old.
As any other long lived living creatures, scientists have tried to observe the factor of their aging resistance cells can help us to develop a cure for cancer and other diseases that infect old people.

Researchers have proved that these small organisms have the ability to resist death, and also to keep growing younger and younger until they reach the first stage of growing. And then, miraculously restart the new life. (intisari-online.com)
Posted by Tukang Warta
Share to: