This Is The Reason Why Venezuela Always Wins The Beauty Contest 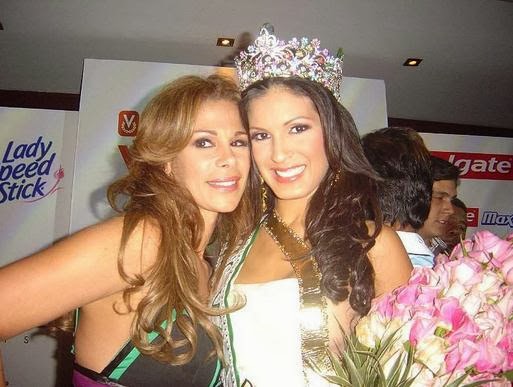 It’s not the first time Venezuela bringing the crown of Miss Universe. Until recently, Venezuela has won six times the Universe Beauty Contest. What is the secret?

Followed by Gabriela Isler’s victory as the Miss Universe 2013, Venezuela President, Nicolas Maduro took his time to congratulate her via Twitter, from his tweet he said that Gabriela’s achievement as a victory for Venezuela.

Apparently, this country has ever won five times the Miss International contest.

lemari asam laboratorium .adv - This victory certainly makes a lot of people wondering, how can Venezuela often win the beauty contest? Can not be denied that Latin women do have a pretty face. However, Indonesia and other countries are also no less beautiful anyway.

It turns out in addition to beautiful, Venezuela has a special school for educating future beauty queens. The country that is capitalized in Caracas has its own Miss Venezuela Academy. Every year this beauty school receives thousands of women who were given education and training to be a beauty contest winner.

One of this beauty school is, La Universidad d La Belleza Gisselle which belongs to Gissele Reyes. Andrea Reyes, Gisselle Reyes’s nephew, the school’s founder and former beauty queen revealed that this school business is her family business. Accordingly as reported by ABC News.

In this school, girls aged 4-24 years old are taught about modeling, walking on the catwalk, make-up, and personality. Women who become students at this school should always maintain the cleanliness, wear natural make-up and also wear high heels.

They are also required to diligently exercising in the gym, maintain a diet, self-care, dental care, even if it is advisable to have plastic surgery. To be understand, In this country, plastic surgery has become a tradition to make women look more beautiful and has been regarded as normal (especially in breast and nose surgery).

“I tried to "fix" in order to become more feminine. This could be in terms of personality improvement, or public speaking”, she added. Moreover, Andrea also continue to push her students have the same social skills as her physical beauty.

Ironically, apparently the desire to become a beauty queen is not all the wishes of the child. Parents in Venezuela often encourage their daughters to participate in a beauty contest and is targeted to become a champion. They believe that if the girls have won the contest, she could be a celebrity or public figure making her life more assured. (kompas.com)