Facts about Snakes That Will Amaze You 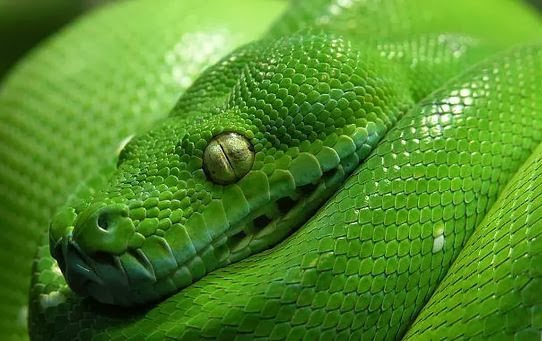 Snakes have no ears. Most see about as well as Mr. Magoo. They don't have noses but they can smell very adeptly. The fangs of venomous snakes, which evolved from teeth, are among "the most advanced bioweapon systems in the natural world," says Freek Vonk of Leiden University in the Netherlands. "There is not a comparable structure as advanced, as sophisticated, as for example a rattlesnake fang and venom gland." And those interesting tales aren't even on this list!


A snake can eat a longer snake.

virtual office di jakarta .adv - In order to solve a longstanding mystery of how a king snake can eat another snake that's longer than itself, Kate Jackson of the University of Toronto and colleagues recorded and watched the whole thing unfold. The king walks its jaws over the prey in ratchet fashion, then compresses its own vertebral column like an accordion to make the incoming snake go down. Then when all is said and done, the the king pukes some back up. Can you blame him?

Many rattlesnake mothers will eat some of their non-surviving offspring, scientists learned in February, 2009. The postpartum cannibalism — moms in the study ate about 11 percent of their eggs and dead offspring. Why? "A cannibal rattlesnake female can recover lost energy for reproduction without having to hunt for food, a dangerous activity that requires time and expends a great deal of energy," said Estrella Mociño and Kirk Setser, lead authors of the study and researchers at the University of Granada in Spain.

Look out below! If paradise tree snakes want to get from one tree to another without climbing down, they fly. Well, glide, really. To get airborne, they either drop from a branch or actively leap off the branch to get a little more height in order to glide farther. Then they flatten their bodies out and make slithering S-waves for in-flight stability. "They flatten their ribs and make themselves Frisbee-like in form," explains Jake Socha of the University of Chicago.

Adult pythons can go months without a meal. But when they eat, nothing is wasted. These snakes have evolved a system to suck the calcium from their prey's skeleton, making for a more nutritious meal."They are therefore physiologically fine tuned to cope with prolonged fasting, re-feeding on large meals, and intense digestion and nutrient absorption," says Jean-Herve Lignot of Louis Pasteur University in France.


Cobras Aim for Your Eyes

Spitting cobras don't actually spit. Rather, muscle contractions squeeze the cobra's venom gland, forcing venom to stream out of the snake's fangs and up 6 feet (nearly 2 meters) away. If they hit you in the eyes, the neurotoxin can blind you. And they do indeed aim for the eyes, scientists discovered in 2005. But wait, there's more. The venom is launched not in a stream but in a spray with a geometric pattern that's quite suited to nailing you in the eyes, scientists learned in January 2009.


World's Smallest Snake Could Curl Up on a Quarter

he smallest known snake, discovered in 2008 in Barbados, is just under four inches (10 cm) long and slim as a spaghetti noodle. Leptotyphlops carlae just might retain the title, too. "Snakes may be prevented by natural selection from becoming too small because, below a certain size, there may be nothing for their young to eat," says its discoverer, Blair Hedges, an evolutionary biologist at Penn State.

Imagine if you could stop eating for months, burn fat, grow taller, and be just fine! Marshall McCue at the University of Arkansas withheld food from 62 snakes — ratsnakes, western diamondback rattlesnakes and ball pythons — for about six months, typical for snakes in the wild, McCue and colleagues said. The snakes reduced their metabolic rates to survive, some by up to 72 percent. Amazingly, they also got longer, burning up their fat stores. "These animals take energy reduction to a whole new level," McCue said.
Posted by Tukang Warta
Share to: