Six Animal Droppings That Are Used As Food

0 animal, the list, unique 11/04/2013 02:16:00 AM
A+ A-
Print Email
Human is omnivore. We used to eat almost everything, but do you know that human also use animal dropping as food? Here are six animal droppings that are used as food 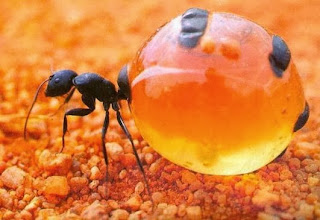 As we all know, bees produces the ability to produce honey. However, little did we know that ants also possess the ability to produce honey. The Honey Pot Ants, or also known as Myrmecocystus in Latin, are fed by worker ants until they swell and their digestive system produces aphid droppings that are called “honey” that are then extracted by other ants.

These types of ants are found in Australia, where the aborigine tribes would often dig soils to find these honey ants. Below are pictures of the Honey Pot Ants. 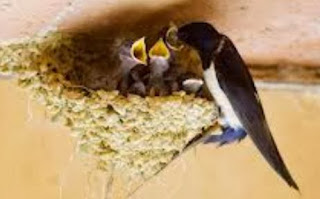 Generally, swallows nests are served in the form of soup. These can be found at restaurants in all over China. Essentially, the consumption of swallows nest (bird’s nests) in China is not new. In fact, birds nests are used as food as late as the 14th century. In China, the bird’s nest soup is a favorite for kings and nobles and according to a story that is still being spread around, Emperor Ming was very fond of the bird’s nest soup and they are used as a symbol of luxury and prestige and are very expensive.

Below are examples of bird’s nest soup. 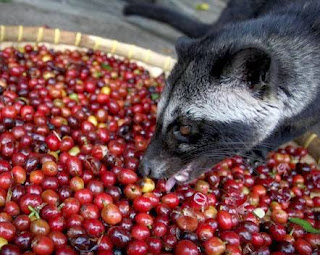 Below are the processes to produce Civet Coffee. Apologies if they seem a bit disgusting 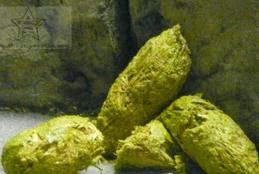 Pandas are truly a blessing for the people of China. A former teacher took good use of Panda droppings to produce high quality tea crops. The product labelled as “Panda Dung Tea”, are in high demand despite the fact that its price goes up to USD 200 (equivalent to Rp 1,9 million) per cup.

virtual office jakarta barat .adv - An Yashi, who is now an entrepreneur in Southwest China, farmed tea at Ya’an, in the mountains of Sichuan province, using tons of Panda droppings from Pandas living in captivity centres nearby.
The first batch of panda dung tea sold as much as 50 grams. Most people use about 3 grams of tea per cup.

“I thank the heavens and earth that has blessed us with panda tea”, said the 41-year old man in a weekend event to promote his tea. I just want to convey a message to the world to turn trash into something useful, and to culturalize recycling and the use of organic fertilizer.

According to An, panda droppings are very fertile and safe because wild pandas only eats bamboos and only absorb a fraction of the nutrients in their food.

“They’re like a machine that spins and they produce organic fertilizer”, he said. “They keep eating and they keep producing faeces.”

Can you imagine how it tastes? Below are some pictures. 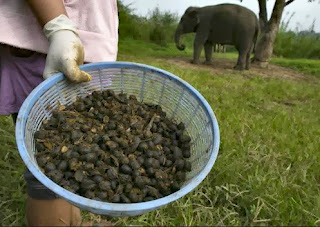 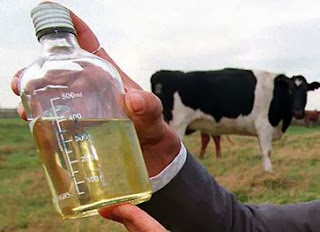 Have you ever tried drinking cow urine? Just the thought of it makes us sick. Just imagining it alone is disgusting, let alone drinking it. However, in India, this drink really exists and are made from cow urine.

Rashtriya Swayamsevak Sangh (RSS), one of the leading Hindu Cultural Group in India, is trying to develop the findings. They’re doing research in Haridwar, a holy city located in the Ganges.

The result is an alternative healthy drink that tastes like soft drinks. The findings of this beverage are expected to rival the two brands that are famous in the community; Coca Cola and Pepsi. They named this beverage Gau Jal or Cow Water.

During this whole time, the Indian Hindu community worships cows and considers them holy. Cows are not allowed to be slaughtered or eaten. However, products that derive from cows, such as milk, may be processed into various products, and it’s no exception when it comes to urine and cow dung.
Local people have been eating them for years. They do not drink or eat it whole, rather mixing them with drinks, with the aim of increasing their health.

In some Indian states, cow dung and urine are sold in local stores, side by side with milk and yogurt products. An Indian health food company mixes them into porridge, toothpaste and tonic drinks.

Both of these materials are believed to be able to cure several diseases such as liver, diabetes and cancer. Cow urine is suspected to disinfect materials while in some villages, cow dung is used as an antiseptic to clean floors.

Now, the RSS, that has transformed cow urine to a soft drink, hopes that their product can be widely accepted in the community.

“We define Gau Ark (Cow Urine) as Gau Jal (Cow Water) and that it has the potential ingredients to cure various diseases. We developed a soft drink formula with Gau Jal as the base ingredients. The current formula is sent to the central laboratory in Luknow to be tried and tested”, said Om Prakash, Director Cow Protection Department RSS.

His team is currently focused in terms of packaging and distribution. They are also busy looking for the right way to present the consumption of gau jal, especially during the summer. It is feared that the hot temperature would cause the drink to smell.

“This is a revolutionary discovery. Over the years cow urine possess high medical potential. The discoveries continue to grow until they finally discovered a cold soft drink. This will prove just how high the standing of cows in Indian culture”, said Prakash.