Ginger for Nausea, Vomiting and Others 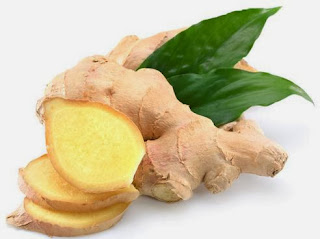 Ginger is native to Asia, where it has been used as a spice for at least 4,400 years. Over the centuries, it has become one of the world’s most popular culinary flavorings. Its intensely clean, slightly sweet, zesty heat is an essential element in everything from Indian curries and Thai stir-fries to gingerbread and ginger ale. Ginger’s genus name, Zingiber, is derived from the Greek zingiberis, which, in turn, comes from the Sanskrit sringabera, meaning “horn shaped.” The reference is to the knobby shape of the plant’s roots, or, more accurately, rhizomes. Its tuberous underground stems are the part of ginger used in cooking and in herbal medicine, in which ginger is prized as an aid to digestion and a remedy for stomach upset, diarrhea, and nausea.

Motion sickness
Morning sickness
Nausea and vomiting
Inflammation
Coughs and colds
In herbal medicine, ginger is prized for treating indigestion and nausea. Scientific study has strongly confirmed this traditional use. Many studies in humans have shown that ginger eases nausea and reduces vomiting related to pregnancy, motion sickness, and chemotherapy. A National Cancer Institute study found that if patients took 0.5 to 1.0 g of ginger for three days before and after chemotherapy along with antinausea medications, nausea was reduced by an additional 40 percent. The way ginger relieves nausea is not completely understood, but current thinking is that compounds in ginger bind to receptors in the gastrointestinal tract that then act to reduce the sensation of nausea and to accelerate digestion, thus reducing the time food sits in the stomach.
Ginger is being investigated for reducing the inflammation and pain of arthritis. Studies in humans have shown that ginger relieves osteoarthritis pain in the knees better than placebo but not as well as ibuprofen.
Sip a cup of hot ginger tea on a cold winter night and you will appreciate the warming properties of ginger, as it improves circulation by gently opening blood vessels in the feet and hands. Ginger tea not only warms your toes but also may keep you from getting sick. Compounds in ginger have been shown to destroy many of the viruses that cause the common cold!

Fresh ginger tea: Slice 1 inch of fresh ginger rhizome into small pieces. Simmer in 2 cups water on low heat for 15 minutes. Strain. Drink 1 to 3 cups per day for coughs and colds and to enhance circulation.
Dried ginger tea: Pour 1 cup boiling water over ¼ to ½ teaspoon ginger powder and steep for 10 minutes. Pour liquid tea off and discard powder. Drink 1 cup after meals for gas/bloating or to ease nausea.
Capsules: Take 250 to 500 mg 2 to 3 times per day.
Extracts: Concentrated extracts are typically used for osteoarthritis.
Use as directed.

lemari asam kimia .adv - Adding ginger to the diet is safe for young and old. Ginger may cause mild heartburn in some. Pregnant women should not take more than 1 g of dried ginger per day. Do not combine high doses of ginger with anticoagulant drugs (blood thinners) without medical supervision.
Posted by Tukang Warta
Share to: