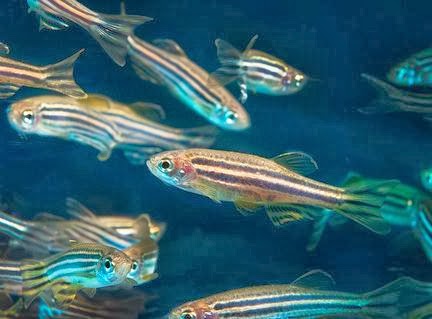 Scientists recently conducted a research on what was going through the mind of a fish by observing the brain of a living fish.

Scientists concluded that when a fish is swimming in its natural habitat, it is thinking about its next meal and how it is going to obtain it.

Fishes and other wild animals seem to think a lot about food, how they are going to obtain them and what will be consumed.

“Our work is the first to show brain activities in real time in an intact animal during that animal’s natural behavior. We can make the invisible visible; that’s what is most important”, said author Koichi Kawakami of Japan’s National Institute of Genetics.

lemari asam .adv - The recordings and analysis of the study were made by using a highly sensitive fluorescent probe, which can detect neuronal activity. Kawakami and colleagues also devised a genetic method for inserting that probe right into the neurons of interest

The two-part approach allowed the researchers to detect neuronal activity at single-cell resolution in the zebra fish brain.

In this case, the zebrafish was thinking about how to catch and eat a swimming paramecium. The new tool now makes it possible to ask which brain circuits are involved in complex behaviors, from perception to movement to decision making.

It turns out the brain of zebrafish has a lot of things in common with the human brain, noting that the basic design and function of a zebrafish brain is very much like our own and therefore this method can help us in the future.

Kawakami said “In the future, we can interpret an animal’s behavior, including learning and memory, fear, joy, or anger, based on the activity of particular combinations of neurons. This has the potential to shorten the long processes for the development of new psychiatric medications,” he said”, said Kawakami.
source: intisari-online.com
Posted by Tukang Warta
Share to: